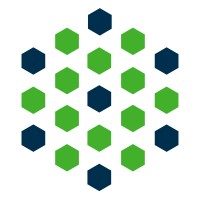 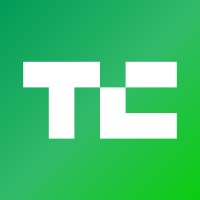 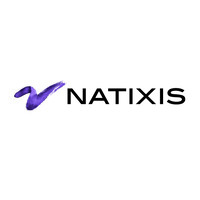 Not the Gregg Schoenberg you were
looking for?

Based on our findings, Gregg Schoenberg is ...

Based on our findings, Gregg Schoenberg is ...

What company does Gregg Schoenberg work for?

What is Gregg Schoenberg's role at Wescott Inc.?

What is Gregg Schoenberg's Phone Number?

What industry does Gregg Schoenberg work in?

Mr. Schoenberg has over 9 years of experience in strategic consulting, and has worked with some of the largest and most influential companies in the world. This comprehensive knowledge allows Gregg to provide expert advice to clients in difficult financial situations. Mr. Schoenberg's skills as a consultant allow him to provide complex advice in a concise and straightforward manner. This hard-hitting approach also allows him to stay up-to-date on the most important financial issues, which keeps his clients informed and happy.Gregg Schoenberg's work experience at Atlantic Richfield Corporation has been supportive of governmental and corporate tasks in the Washington D.C. metro area. In 1995, Gregg was working as a Government Relations Representative at ARCO, and in 1996, he was working as a Legislative Correspondent at The Office of Senator Bill Bradley in Washington D.C. metro area. In 1993-1995, Gregg was a Campaign Aide at The Clinton-Gore Campaign in Little Rock, Arkansas. In 1998-2003, Gregg was a Vice President at SG Cowen in New York. Gregg has also been involved in the origination and execution of a number of technology and healthcare equity offerings, and has also been a contributing writer and conductor of deep-dive CEO interviews for TechCrunch.Since 2001, Gregg has been a Managing Partner at Wescott Inc., a holding company for personal investments. Wescott originally served as a holdco. for personal investments before being spun out into a separate company, Financial Revolutionist Holdings. In April 2004, Gregg was a Senior Managing Director at Natixis, a global financial technology company. In December 2012, Gregg was appointed Senior Managing Director at Wescott Inc. In this role, Gregg is responsible for the company's sales and research and capital markets functions. Gregg is also a member of the U.S. executive committee and Head of U.S. Sales, Research and Capital Markets groups. Gregg is a highly experienced and well-connected executive, and his skills as a consultant lend him a unique perspective on the important financial issues that face our country.

Schoenberg has many years of experience working in the financial services industry. He has worked as a Government Relations Representative at Atlantic Richfield Corporation (ARCO) from 1995 to 1996 (1 year); Legislative Correspondent at The Office of Senator Bill Bradley from 1993 to 1995 (2 years); Campaign Aide at The Clinton-Gore Campaign from August 1992 to December 1992 (5 months); Vice President at SG Cowen from 1998 to 2003 (5 years); and Advisor at Core Innovation Capital in Greater New York City Area.In his previous work experience, Gregg has been involved in the origination and execution of several technology and health care equity offerings. He has also ran the firm's share repurchase effort for several years. Gregg has also contributed to several deep-dive CEO interviews that are featured on TechCrunch's Extra Crunch.Gregg Schoenberg is also a founder and co-founder of The Financial Revolutionist from December 2015 to December 2018. As a senior managing director at Natixis from April 2004 to December 2012, Gregg was heavily involved in strategic decisions involving the North American platform. At Natixis, he was responsible for the company's senior leadership in both New York and Paris.

There's 87% chance that Gregg Schoenberg is seeking for new opportunities

Fundamentals are the building blocks of fun. at Berkshire Hathaway HomeServices Beazley, REALTORS®