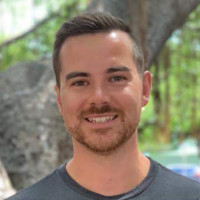 Not the Gordon Dent you were
looking for?

Based on our findings, Gordon Dent is ...

Based on our findings, Gordon Dent is ...

What company does Gordon Dent work for?

What is Gordon Dent's role at BraveNew?

What is Gordon Dent's Phone Number?

What industry does Gordon Dent work in?

Gordon Dent's current role:Senior Engineer at BraveNew from November 2013 to September 2014 (11 months) in San Francisco Bay Area.Gordon Dent's previous roles:Engineering Manager at Facebook in Menlo Park, California.Gordon Dent's experiences in developing and maintaining software products:Block developer at Facebook in Menlo Park, California.I work with a team of engineers who build products that support the growth of people and teams at Facebook. We operate in the domain of employee engagement and performance management. My job is to help build a codebase that meets the necessary requirements and ensure that the products we develop are robust and efficient. I have also been responsible for manages all aspects of the codebase and infrastructure. In my previous role, I also helped build out a front end for Facebook. I am also a lead engineer for a project that is responsible for translating customer feedback into improved code. I have experience with Angular.js, React, D3.js, and Node.js. I am also proficient in Java, Javascript, and Adobe Flex. I am also familiar with MySQL and SQL Server.

Gordon Dent's education puts him in a good position for work. He has had experience in computer science and artificial intelligence, which will allow him to work in a number of different industries. Dent has a cynical outlook on the world, which will be good for his work readiness. He is also intelligent, which will make him able to work under pressure.

Gordon Dent has experience with engineering, product management, and managing teams of developers. Dent has a background in product management as a senior engineer at Facebook and was a technical lead at workshape.io, where he led a prototype and proof of concept for a front-end app and RESTful API. He also worked at Tidepool.org from May 2015 to May 2016 as a senior engineer, responsible for planning and introducing new test suite for the codebase, architecting and implementing migration from legacy state layer to Redux, and managing the team and infrastructure. He is also a senior engineer atBraveNew from November 2013 to September 2014 and a lead engineer at Assertia from September 2008 to September 2010. He has also freelance experience in software development, project management, and analytics.

There's 89% chance that Gordon Dent is seeking for new opportunities