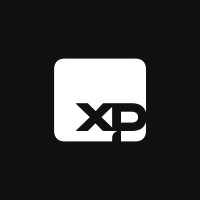 Not the Gabriel Leal you were
looking for?

What company does Gabriel Leal work for?

What is Gabriel Leal's role at XP INVESTIMENTOS?

What is Gabriel Leal's Phone Number?

What industry does Gabriel Leal work in?

Gabriel Leal is a skilled commodity, derivatives, equity, trading, systems, valuation, Bloomberg, distribution and commercial business man. He has been a Sócio Diretor - Comercial e Relacionamento com Clientes at XP INVESTIMENTOS since August 2013. He is also the Diretor Executivo at XP Educação from December 2006 to November 2010, and Manager at XP Investimentos from August 2012 to June 2013. Gabriel Leal is also a Gerente XP Educação at XP INVESTIMENTOS since December 2006.

There's 86% chance that Gabriel Leal is seeking for new opportunities

Co-Founder & CEO at fuboTV at fuboTV

Helping Others To Find Deep Meaning To Their Life Experiences, Make Decisions With Clarity and Confidence, and Cut Through Confusion, Cluttered Thinking, and Chaos Via The UnChaos Yourself Program, Li