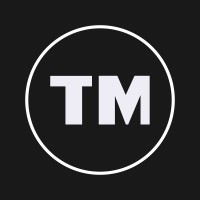 Not the Felix Negron you were
looking for?

Based on our findings, Felix Negron is ...

Based on our findings, Felix Negron is ...

What company does Felix Negron work for?

What is Felix Negron's Phone Number?

What industry does Felix Negron work in?

Felix Negron has 16 years of experience in computer and network security, having worked in the industries of computer and network security and CIO/CISO. Felix Negron is currently a Founder/CEO at threatSHIELD Security, LLC., having founded the company in 2014. Previously, he was the CIO/CISO of cyber-security consultant company ZTS from April 2015 to May 2018, and CISO Director at RMS from September 2013 to April 2015. Felix Negron also has some experience as IT/security manager at Comtech Systems from September 2012 to September 2013, and as IT project systems engineer at TM from June 2005 to September 2012.Felix Negron also has experience in advisory committee memberships for the Cyber Security Executives Program at the University of South Florida from October 2019 to October 2019, and in a number of other professional organizations.

There's 78% chance that Felix Negron is seeking for new opportunities

Education, Insurance, IT business in Myanmar

By day, I'm a marketing consultant. By night, I'm a chaplain with Baltimore City Police. | Powered By ADHD & Helping You at Elivated

Enabling Robotics, Automation and AI in Surgery. at Caresyntax