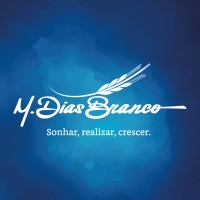 Not the Esdras Moreira you were
looking for?

What company does Esdras Moreira work for?

What is Esdras Moreira's role at Introduce - Tecnologia para Crescer?

Esdras Moreira is CEO and Co-Founder

What is Esdras Moreira's Phone Number?

What industry does Esdras Moreira work in?

Esdras Moreira has over 10 years of experience in the field of information technology and is particularly skilled in virtualização, network administration, firewalls, gestão de ti, administração de redes, the Windows platform, ITIL, and Linux.Esdras Moreira has also worked in the software industry for more than 10 years and has expertise in product management, strategic planning, and planning and design. Esdras Moreira is a very patient and detail-orientated individual, and is known for his ability to efficiently manage large-scale projects.Esdras Moreira is also skilled in Scrum and has developed a number of successful businesses using it. He is also very knowledgeable in ITIL, and is particularly good at working withネットワーク administration, gestão de redes, facebooks, and WAN (Rede de área ampla).Esdras Moreira has excellent interpersonal skills and is known for his ability toilkite and clients efficiently. He remains highly consultative, and is always willing to offer advice or share his experiences to help others achieve their goals.

There's 79% chance that Esdras Moreira is seeking for new opportunities

Country Manager at Too Good To Go | We're hiring!🏰