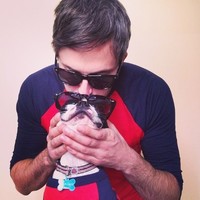 Not the Erik Price you were
looking for?

Based on our findings, Erik Price is ...

Based on our findings, Erik Price is ...

What company does Erik Price work for?

What is Erik Price's role at Markowitz Communications?

What is Erik Price's Phone Number?

What industry does Erik Price work in?

Erik Price's current educational background: Erik Price is a writer and editor with a background in English Writing and nonfiction. He holds a B.A. from the University of Pittsburgh in 2002. Price then went on to study Creative Writing with non-profits at the University of Missouri-Kansas City from2005 to 2009. He then moved to Berlin, Germany to continue his writing and editing studies. After completing his studies, Price returned to the United States and started his own editorial and publishing company in Berlin, called Black Sparrow Press.

There's 100% chance that Erik Price is seeking for new opportunities

Currently on sabbatical at Zendesk

Product Management at Google at Google

Director of Marketing Analytics at Gympass

CTO & VP of Product Development at Limeade at Limeade, Inc.

Talent Partner at Airbnb at Airbnb

You can customize this invitation at Airbnb

Consultant at KPMG at KPMG

Front-End Engineer at Vimeo at Vimeo