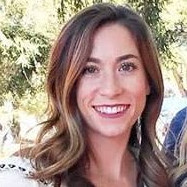 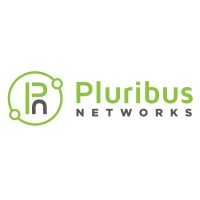 The University of Northern Colorado

Not the Emily Dougherty you were
looking for?

Based on our findings, Emily Dougherty is ...

Based on our findings, Emily Dougherty is ...

What company does Emily Dougherty work for?

What is Emily Dougherty's role at Host Analytics Inc?

What is Emily Dougherty's Phone Number?

What industry does Emily Dougherty work in?

Emily Dougherty has worked in a variety of positions within the tech industry, with experience in Sales Development Representative, Talent Acquisition Recruiter- Sales and Engineering and Executive Assistant and Office Manager. Dougherty has been involved with many different venture capitalists, and has overseen the hiring of various employees at Pluribus Networks. She has also been responsible for checking in all Pluribus visitors, preparing office supplies and ordering food, and coordinating office events. In her most recent position, Emily Dougherty was also responsible for managing calendars and itineraries for multipleVC firms.

In 2007, Emily Dougherty earned her bachelor's degree in Journalism and Communications from The University of Northern Colorado. Dougherty then studied advertising at The University of Northern Colorado, specializing in television and advertising. After two years of study, she graduated with a degree in Advertising and was able to start working immediately. Dougherty has spent the past two years working as a news reporter for an online news outlet, where she has reported on a variety of stories. In her time as a news reporter, she has covered breaking news and begin stories during the 2010-2011 legislative session and during the 2013-2014 political season. currently, she is a reporter for the website KDVR.com.Dougherty has always been interested in the news industry, which is why she decided to pursue a career in journalism. She has always enjoyed writing andreporting, and has been encouraged to continue writing by her family and friends. In her spare time, she also enjoys playing the violin and spending time with her dog.

There's 74% chance that Emily Dougherty is seeking for new opportunities

Software Engineer at TSYS at TSYS

Global Head of Brand & Marketing Communications at E.ON at E.ON

Experience Designer at Airbnb at Airbnb