Side projects & lots of startup learnings 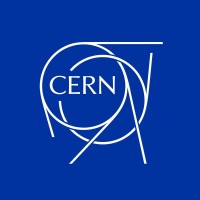 Not the Elizabeth Yin you were
looking for?

Based on our findings, Elizabeth Yin is ...

Based on our findings, Elizabeth Yin is ...

What company does Elizabeth Yin work for?

What is Elizabeth Yin's role at Hustle Fund?

What is Elizabeth Yin's Phone Number?

What industry does Elizabeth Yin work in?

Elizabeth Yin was born in 1978 in Beijing, China. She studied Electrical Engineering and graduated in 2004 with a degree in Physics and Mathematics. In 2004, she moved to Geneva, Switzerland to work at the University of Geneva as a research scientist. In 2006, she moved to Bangalore, India to work at Infosys Technologies Ltd. Elizabeth Yin worked as a marketing engineer at National Instruments Japan from October 2004 to July 2005 and as a product marketing manager at Google from September 2007 to November 2008. She is currently a Co-founder and General Partner at Hustle Fund in San Francisco Bay Area and a Co-founder of Hustle Con (now advisor / investor) at The Hustle in San Francisco Bay Area. Elizabeth Yin is also a summer intern at electrical engineering at CERN from June 2004 to September 2004.

There's 71% chance that Elizabeth Yin is seeking for new opportunities

Senior Vice President of Marketing at Net Health at Saviynt

Knotel is on the march // Builder of: Things. Ideas. Concrete. at Knotel