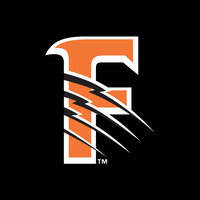 Not the Doug Greenwald you were
looking for?

What company does Doug Greenwald work for?

What is Doug Greenwald's role at Fresno Grizzlies?

What is Doug Greenwald's Phone Number?

What industry does Doug Greenwald work in?

Doug Greenwald has been a broadcast announcer since 2006. He has been affiliated with 4 different NCAA colleges and currently covers Division I College Basketball Radio play-by-play and Commercial Sponsorship with Fresno Grizzlies. Greenwald has worked with Football, Baseball and Basketball also. During his time as a broadcaster he has been a part of various media operations. He has worked for various Publications including The Fresno Bee, Class A Mid-Valley and Class A Fullerton newspapers. He has also been a broadcaster for various networks including ESPN, TBS Radio, KBUT (NBC), CSN Bay Area and KFSN (FOX). Doug Greenwald has also been a part of various produce including past campaigns for HP, Wells Fargo, Subway and Coca Cola.

Ranked #993 out of 19,860 for Radio play-by-play Broadcaster in California

There's 92% chance that Doug Greenwald is seeking for new opportunities

Technical Recruiter at I.T. Motives at IT Motives

Sephora is rapidly expanding. We are always looking for great talent. Message me if you want to join our rocket! at SEPHORA

Advisor at Independent Consultant at Medallia

Head of CR & Sustainability (North America) at Acre at Acre

Principal and Founder at FDA