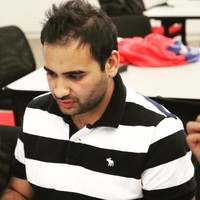 Member Of Technical Staff at PayPal

University of Texas at Dallas

Not the Divya Shah you were
looking for?

Based on our findings, Divya Shah is ...

Based on our findings, Divya Shah is ...

What company does Divya Shah work for?

What is Divya Shah's role at PayPal?

What is Divya Shah's Phone Number?

What industry does Divya Shah work in?

Divya Shah's work experience:Member of Technical Staff at PayPalDivya Shah is currently a Global Technical Support Engineer at PayPal from October 2014 to March 2015 (6 months) in San Francisco Bay Area. She tutored/graded students in various Technology fields at The University of Texas at Dallas from August 2013 to May 2014 (10 months). She also worked as a technology consultant for Hewlett-Packard from July 2011 to July 2012 (1 year 1 month) in Bengaluru Area, India. In this role, she provided maintenance and consulting services to more than 10 sites on Unified Contact Center.During her time at PayPal, Divya Shah handled and resolved 5 tickets a day on an average within the 10 sites. She was also able to constantly develop and improve Cisco ICM, IVR, and IWF scripts. Additionally, she was able to build and deploy Cisco ICM, IVR, and IWF solutions to the following sites:IPPV2, IPCCX, and UCCX. Divya Shah was also able to work on Configuration Manager and played a key role in the success of these projects. She is also knowledgeable in SIP and H.323 protocols.In her free time, Divya Shah enjoys spending time with her family and friends. She enjoys spending time reading, playing games, and exercising.

Divya Shah's education and work readiness:Divya Shah's education and work readiness began in 2007 when she obtained her Bachelor of Technology (BTech) from the Nirma University. Afterward, she pursued her Master's degree in Computer Science at The University of Texas at Dallas where she also obtained her certification in Python. Lastly, she completed her work readiness and certification in Python through the Python Programmers Union in Dallas. Theills and Powers, Inc.

In the past, Divya Shah has tutored/graduated students in condensed technology courses, technology consultants, and technology managers. She has also been a technology analyst and have worked on various Call Centers and various software/computational projects.In October 2014, Divya Shah started working at PayPal as a Global Technical Support Engineer. There she was responsible for resolving issues and helping the team communicate with customers. In May 2014, Tito Garcia, the CTO at PayPal, assigned Divya Shah to work on a project for Hewlett-Packard. During her time at HP, Divya Shah built and deployed the Cisco ICM solution. In July 2011, Divya Shah started working at Cisco when she was assigned to work on the Configuration Manager project. Duane Weese, the CTO of Cisco Unicom, noticed that Divya Shah had a lot of knowledge in SIP and H.323 protocols. Later that year, she worked on thepermanently handling and resolving tickets for 10 sites. Finally, in December 2011, Divya Shah was assigned to work on the development of the Cisco ICM Solution.In the summer of 2013, Divya Shah began working as a Technology consultant at University of Texas at Dallas. During her time at UTD, she tutored and developed technology solutions for the University of Texas at Dallas’s AIX system. Additionally, she was also responsible for handling and resolving 5 tickets a day on an average. Additionally, she was able to build and deploy Cisco ICM, IVR IPSec, and CVP. In July 2011, she started working at HP when she was assigned to work on the Configuration Manager project. At HP, she also knew a lot about configuring and developing Cisco Unified Contact Center solutions. She also worked on the Configuration Manager project in the summer of 2011 and was present at Cisco labs during their EBI (Enumeration Functionalitybiennium).

There's 88% chance that Divya Shah is seeking for new opportunities

Wine Consultant & Journalist at GastroConsult AS

Controller, Europe and Asia at Statoil at Statoil

Marketing Director at ON24 at ON24

More Hires Through Data and Process Optimization at CareerBuilder.com