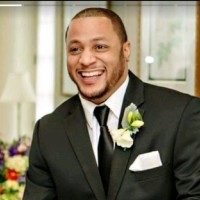 Not the Dennis Flagg you were
looking for?

Based on our findings, Dennis Flagg is ...

Based on our findings, Dennis Flagg is ...

What company does Dennis Flagg work for?

What is Dennis Flagg's role at Ernest Edward?

What is Dennis Flagg's Phone Number?

What industry does Dennis Flagg work in?

Dennis Flagg works in the Information Technology and Services industry.

Work experience: Senior Manager - Software Engineer at Accenture Federal Services Dennis Flagg is currently a Partner at Ernest Edward from 2009 to 2010 (1 year). . Senior Manager - Software Engineer at Accenture Federal Services in Washington D.C. Metro Area. . Technical Lead / Manager at Buchanan & Edwards, Inc. from October 2015 to March 2019 (3 years 6 months) in Arlington, Virginia. Lead Technologist at Booz Allen Hamilton from October 2010 to October 2015 (5 years 1 month). Consultant at Unisys from September 2005 to September 2007 (2 years 1 month). Worked on a system called ATS on the narcotics side. The Automated Targeting System or ATS is a United States Department of Homeland Security computerized system that for every person and piece of cargo who/that crosses U.S. borders, scrutinizes a large volume of data related to that person or cargo. Then it automatically assigns a rating for which the expectation is that it helps gauge whether this person or cargo may be placed within a risk group and then may be subject to investigation or examination. Developer at Saturn Corporation from May 2005 to September 2005 (5 months). Saturn Corporation provides database management services to the direct marketing industry. We help provide database-marketing solutions for customers in fund raising, membership, and commercial marketplaces. Consultant at Microsoft from September 2007 to October 2010 (3 years 2 months). Work in Microsoft Consulting Services (MCS). AFCENT - Developing and maintaining a distributive nationwide Microsoft Office and SharePoint (MOSS) solution. ITT - Web 2.0 user interface design and development for a frequency spectrum management web application NRC - Developed MOSS/InfoPath application to manage nuclear inspection reports. Advisor - Vice President of Systems at NEC CorporationDennis Flagg has over 20 years of experience in the technology and consulting industries. He has been involved in a wide variety of technical and business projects, and has a deep understanding of computer systems and their usage. In his work at NEC, he has been a part of the development team of a number ofnecotech Solutions, a subsidiary of NEC Communications and Information Technology. This software development team has produced several innovative products, including the NEC Real-time Communications Suite, NECs 4-year support plan for Window XP, and the NEC TurboLINK 7000 8000 Communications Interface. Other projects that he has assisted in include the development of the NEC reality check tool, NEC's Intelligent Installation process, and the full implementation of NECs Network Song Scanning solution. Dennis Flagg holds a B.S. from Rice University in Electrical and Computer Engineering, and a Masters of Science from the same university in Information Technology.

Ranked #213 out of 4,261 for Senior Manager - Software Engineer in Washington

There's 86% chance that Dennis Flagg is seeking for new opportunities

Urologist at Urology Specialists of The Lehigh Valley

Technical Recruiter at Vivint at Vivint