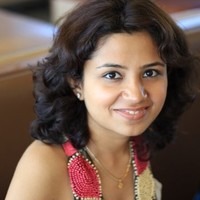 Ranked #953 out of 19,060 for Lead Member Of Technical Staff in California

There's 88% chance that Dena Madhwani is seeking for new opportunities

Not the Dena Madhwani you were
looking for?

Based on our findings, Dena Madhwani is ...

Based on our findings, Dena Madhwani is ...

What company does Dena Madhwani work for?

What is Dena Madhwani's role at Salesforce?

What is Dena Madhwani's Phone Number?

What industry does Dena Madhwani work in?

Dena Madhwani's Professional & Technical Skills:• Dena Madhwani has a lot of experience in developing web applications. She is able to create beautiful and well- designed user interfaces that look great on any device. • Madhwani is also an expert in user interface design and has a proven track record of creating functional, reliable, and well- designed websites. • She is also an expert in C#, and is able to write code smoothly and effectively. • Madhwani has a great understanding of the ideology behind the important web application functions, and is able to implement them efficiently and correctly. • Madhwani is also very good atcommunication, and is able to work Collaboratively with her team to communicate and understand complex tasks.

Founder & CEO at The Muse; Author of "The New Rules of Work" at The Muse

Software Consultant at Zippy IT Solutions

Co-Founder of MYCS at Rosetta UG

Head of Corporate Information Security at TSMC at TSMC

bringing ideas to life with software at Netflix