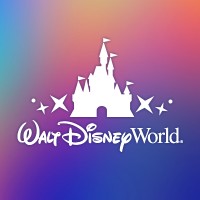 Not the Dean Drummond you were
looking for?

Based on our findings, Dean Drummond is ...

Based on our findings, Dean Drummond is ...

What company does Dean Drummond work for?

What is Dean Drummond's role at Amazon?

What is Dean Drummond's Phone Number?

What industry does Dean Drummond work in?

Dean Drummond spent his military career stationed in the United States District of Columbia. His service in the United States military consisted of duty as a Soldier with the United States Army from July 1987 until June 2007. From this time until his leave from the military in June of 2007, he also spent three months as a Recruiting Director at Federal Data Systems in Arlington, Virginia. He left Federal Data Systems in September of 2007. While at Federal Data Systems, Dean Drummond was the Recruiting Director for In Service Recruitment. At Metronome LLC, he was the Senior Recruiter for Talent Acquisition for Information Technology Services at FedData. He was also responsible for Lead for Talent Acquisition at US Army from January 2009 until June 2013. During his time at US Army he was responsible for the development and implementation of a talent acquisitions process used throughout the Army. This process included the collection, analysis, and interpretation of data used to identify and assess talent needs. Additionally, he also managed an Eagle Scout project which focused on developing relationships with military spouses and parents of military service members in order to increase the number of enlistments and later career opportunities for young military veterans.

There's 89% chance that Dean Drummond is seeking for new opportunities

Co-Founder and Executive Search leadership at Peoplepath at Cruise

Connecting top talent with opportunity at Cisco, AppDynamics at Cisco

On A Mission To Help Network Marketers Build A 6-Figure Per Month Business On Automation.

Reliability - IT Service Management Consultant at RjR Innovations at Acquia