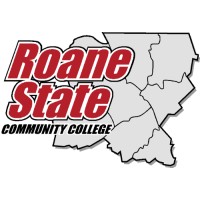 Not the David Blevins you were
looking for?

Based on our findings, David Blevins is ...

Based on our findings, David Blevins is ...

What company does David Blevins work for?

What is David Blevins's role at Roane State Community College?

What is David Blevins's Phone Number?

What industry does David Blevins work in?

David S. Blevins's educational background and work readiness are based on his courses and courses that he has taken over the past few years, as well as his experiences as a public servant.David S. Blevins's education started out with a Bachelor's degree from American Public University System. After getting his Bachelor's degree, he moved on to studying at the University of Memphis. After a few years of studies, he decided to move on to the Roane State Community College where he was a part of the studies department. After a few years of studies, he graduated with his Associate's degree in Business Administration. David S. Blevins has had a lot of experience in the public sector and has worked as a public servant for a few years now. His experience has allowed him to learn how to manage a variety of different tasks and to work with a variety of different people. This has given him the ability to be prepared for any situation that might come up in his future.

Through his work experiences and education, David S. Blevins has developed many important skills that he uses both professionally and personally.Blevins has a strong foundation in technical and paramedic skills. He has been a Lieutenant / Paramedic for the Knoxville Fire Department since 2003 and has since developed a clear passion for the profession. As a Lieutenant, Blevins demonstrates his ability to lead and manage a team, as well as his knowledge of complex medical issues.Blevins also has a strong understanding offire safety,EMS, and firefighting techniques. He has been a firefighter for seven years and has experience in both the routine and rapid fire attendance drills. Furthermore, Blevins has experience leading and managing a crew in real-world circumstances.In his work experience as an educator, Blevins has developed a passion for helping others learn about the technical aspects of EMS. He founded The EMS Handoff Podcast in 2007 and has been a faithful host ever since.Earlier this year, Blevins was named an Assistant Store Manager at Five Rivers Food Group.handedoff.com is a non-profit organization that provides a one-stop shop forEMS crews and their families throughout the US.Blevins is an excellent public speaker. He has presented at many national and international events, most notably the Academy ofEMS Educators' Annual Meeting in 2014. He also has a regular podcastdelivering onEMS education issues.Overall, David S. Blevins has a strong foundation in technical and paramedic skills, a passionate education background, and a public speaking ability. He is excellent at trouble-shooting issues and is extremely versatile in his work. His skills as an educator and public speaker are essential to his ability to serve his community.

Ranked #153 out of 3,052 for Director of EMS Education Programs in Tennessee

There's 78% chance that David Blevins is seeking for new opportunities

Hiring for US IT Recruiter role at Indore. Fresher & Experienced. Share your resume at [email protected] at KTek Resourcing

Chief of Materials at Kenda USA

General Manager at The Times Square Edition at Marriott International

Innovating on behalf of the customer to change culture, consumption and create access to capital. at Amazon

Talent Engagement Partner at The Emirates Group at Emirates

Operations and IT Services Director at Fox International Channels (FIC)