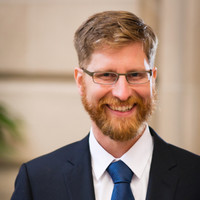 There's 88% chance that David Whetstone is seeking for new opportunities

Not the David Whetstone you were
looking for?

Based on our findings, David Whetstone is ...

Based on our findings, David Whetstone is ...

What company does David Whetstone work for?

What is David Whetstone's role at Trax Retail?

What is David Whetstone's Phone Number?

What industry does David Whetstone work in?

David Whetstone's work experience with Trax Retail is that of a Staff Software Engineer at Trax Retail with engineering manager experience at Tout and Senior iOS Engineer at Tout. From May 2013 to October 2014, Whetstone was an engineering manager at Tout where he was responsible for developing a senior iOS engineer position. From November 2014 to February 2016, Whetstone was a senior iOS engineer at Quri where he was responsible forrome raw deal data. Whetstone is currently a Senior iOS Engineer at Quri in San Francisco Bay Area.Whetstone's work with Advent Software from 2000 to July 2004 was as a developer on Geneva, a portfolio management and accounting system for hedge funds. Whetstone created an interactive command-line based interface for developer and QA testing. In December 2017, Whetstone introduced formal unit testing as a new process for the project team. Whetstone also collaborated closely with QA team to identify potential points of failure.Charles Schwab from January 1993 to January 1995 was Whetstone's tech support for StreetSmart, Schwab's online personal trading software. While at Advent Software, Whetstone was recognized for solving challenging problems and promoted to the "Tech Team". There, they were responsible for providing hardware and software support to 100+ internal Mac and PC users.David Whetstone is currently a Senior iOS Engineer at Quri in San Francisco Bay Area.

David Whetstone has experience in the fields of software engineering, marketing, and interpersonal skills. He has worked at Quri and Trax Retail, both in San Francisco Bay Area. Whetstone has two years of experience working as a Senior Software Engineer at Trax Retail and one year of experience as a Lead Engineer for Mobile at Quri. In his previous positions, Whetstone was responsible for developing software for a portfolio management and accounting system, designing a transaction match manager, writing a translation table editor, and developing a grid control for use as a transaction matching rule editor. He has also worked with documentation and training teams, instructing other employees on programming languages and techniques.

CTO at Bird at Bird

Member Of Technical Staff at eBay at eBay

Senior DevOps Engineer at Capital One at FICO®

UI Engineer at Cisco at Cisco