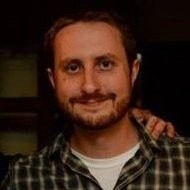 Not the David Remm you were
looking for?

Based on our findings, David Remm is ...

Based on our findings, David Remm is ...

What company does David Remm work for?

What is David Remm's role at Expedia Group?

What is David Remm's Phone Number?

What industry does David Remm work in?

Born in 1979, David Remm has been involved in technology since the early days of the Internet. After attending the University of Utah, he worked for several companies developing innovative software solutions. He then spent a year working at the University of Washington before returning to Utah to attend the Graduate School of Business at Brigham Young University. In 2002, he founded his own software company, and since then, he has been working in the technology industry, developing innovative solutions to problems.As a software engineer, David Remm has worked on a number of innovative projects. He has designed and implemented end-to-end software solutions, designed and implemented CRM systems, and led documentation and on-boarding development teams. In particular, he is experience with PHP and Python, and is particularly skilled in working with AWS and Puppet.

There's 87% chance that David Remm is seeking for new opportunities

at at True North Inc.

Manager Recruitment | We bring high-tech to life! at Sioux