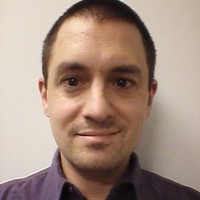 Not the David Pierce you were
looking for?

Based on our findings, David Pierce is ...

Based on our findings, David Pierce is ...

What company does David Pierce work for?

What is David Pierce's role at ActionIQ?

What is David Pierce's Phone Number?

What industry does David Pierce work in?

Education:MBA from Belmont University in 2004.

David Pierce has experience in software engineering, big data text analytics, commercialization of natural language processing, and computational linguistics. In his most recent position, he currently works as a Software Engineer at ActionIQ, where he is responsible for the development and delivery of software products related to influencer analysis, big data text analytics, and commercialization of natural language processing. Previously, he was the CTO at Appinions from November 2010 to April 2015, and the CTO at Jodange Inc. from May 2007 to November 2010. He also had a 3-year stint as the Principal Engineer at General Dynamics Advanced Information Systems from May 2005 to May 2007, and a 2-year stint as Lead computational linguistics team responsible for information extraction system at ScribbleLive from April 2015 to June 2017.

There's 87% chance that David Pierce is seeking for new opportunities

Entrepreneur | Forbes 30 Under 30 at Thirstie

Head of Social Media and Digital Communications at Pfizer at Pfizer

Recruitment Consultant at StubHub (an eBay Company) at StubHub

Global Head of Sales & Marketing at Pico at Pico

Engineering Manager at Lyft, we're hiring (link below)! at Lyft

Software Engineer in ML at Google at Google

Talent Manager at Thread at Thread

Founder and CEO at ActOne Group at ACT-1 Group