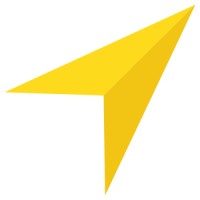 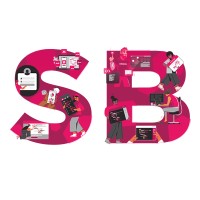 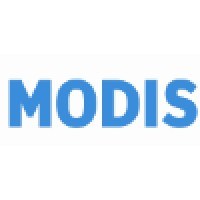 Not the David Curtis you were
looking for?

Based on our findings, David Curtis is ...

Based on our findings, David Curtis is ...

What company does David Curtis work for?

What is David Curtis's role at Adwerx?

What is David Curtis's Phone Number?

What industry does David Curtis work in?

Software Developer at Adwerx:Adwerx was launched in 2013 to revolutionize localized online advertising for Real Estate professionals. With a strong focus on retargeting advertisements, Adwerx is committed to helping those in the Real Estate industry utilize the technology they need to be successful and stay top-of-mind in their local markets. For as low as $40, any Real Estate agent can use this powerful tool to drive awareness for their business.Software Engineer at Smashing Boxes:My focus at Smashing Boxes has been backend development with Ruby on Rails. Projects include:* 15+ months building a Rails API from the ground up that serves two React frontend applications (Fortune 20 client, application still in production)* Creating a HIPAA compliant portal for sharing patient information (documents) via Box.com API integration (full stack Rails application from the ground up, application still in production)* Creating a dashboard that provides one place to view many online marketing providers' data (Google AdWords and Analytics, Facebook Ads and Marketing; Rails application with React components - I focused mainly on the Rails side; application in private Alpha)* Creating a web application that allows users to upload images of their children for integration into childrens books, as well as customizing the text of the book based on user input, and filtering the images to give them an "illustrated" look (Rails API with React frontend - I have focused mainly on the Rails API; application in private Beta)* Similar roles on various, smaller projectsAlso: * Responsible for DevOps company-wide with a small team of engineers* Estimating development time and effort for new project proposals (for sales)* Client communication* Participating in code reviews* Interviewing candidates for technical positions* Participating in numerous in-house task forces* Striving to be the friendliest person in the companyI am also a Team Lead. Additional responsibilities include: * Weekly team stand-ups* 1 on 1 monthly check-ins with team*sharing information between executive leadership (EL) and team members* Raising team concerns to EL as neededRuby on Rails; Python, Flask, Rspec; Capybara; Cucumber; React; Javascript; jQuery; JSON; HTML/CSS/Sass; SQL/PostgreSQL; AWS; unit and integration testing; Travis CI; DevOps (Linux / Ubuntu servers, NGINX, Ansible, SSL certification); backend and frontend development in an agile environment. Ruby on Rails | Mobile App Developer at Big Pixel, LLC from April 2014 to August 2015 (1 year 5 months) in Raleigh, NC. Full stack web app and mobile app development, using Ruby on Rails, AngularJS, and PhoneGap/Ionic.Ruby on Rails, AngularJS, JavaScript, jQuery, CoffeeScript, Haml, Sass, LESS, MongoDB (NoSQL), SQL, AJAX, JSON, Material Design, Bootstrap, HTML5/CSS3, Jade, APIs (such as Facebook, Foursquare, Leaflet, and Mapbox). Tools used include: Sublime Text, Phone

David Curtis has a Bachelor of Arts in Political Science from American University. Curtis also has a Certificate, Paralegal Studies from The University of Georgia. Curtis then completed Web Development at Wake Technical Community College in 2014 with a 4.0 GPA.

Since leaving my job at the DOJ in early 2011, I have been a part-time paralegal specialist for the U.S. Department of Justice. I am also a part-time instructor for the Tech Talent South software immersion program. In my spare time, I like to blog about technology and how it affects my life.

Ranked #289 out of 5,771 for Senior Software Engineer in North Carolina

There's 91% chance that David Curtis is seeking for new opportunities

CEO & Co-Founder, Ecosystems “Your Value Made Clear” at Ecosystems

You can customize this invitation at Remitr