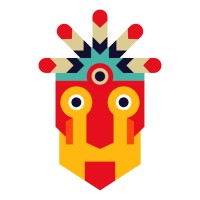 Twoodo - The Future Of Teamwork

Co-founder and Head of Growth

The University of Salford

Not the David Arnoux you were
looking for?

Based on our findings, David Arnoux is ...

Based on our findings, David Arnoux is ...

What company does David Arnoux work for?

What is David Arnoux's role at Growth Tribe?

What is David Arnoux's Phone Number?

What industry does David Arnoux work in?

David Arnoux's two most significant years of business experience were as agrowth missionary at overcrowded startup Growthtribe.io, where he was responsible for all growth initiatives and also helped to hone the company's growth strategy. Before that, he was responsible for GrowthMarketing at Sanofi, where he was a CDO & Head of Growth. There, he oversaw strategic growth initiatives, designed and executed marketing and advertising campaigns, and created and led the company's analytics and tech industry initiatives.

David Arnoux has a B.S from the International Lycée of Fontainebleau and a M.B.A from the ESSEC Business School. He is a well-educated individual, possessing many years of experience in the business world. Arnoux is able to provide valuable input and guidance to others, and is known for his expertise and driven attitude.

David Arnoux has held a number of technical positions. He has held the position of Growth Engineer at Blue Lemon Paris from January 2006 until April 2013.Previously, he was the Head of Growth at Maya Trading from December 2005 to May 2008. He was also the Business Development at Sanofi from May 2005 to June 2006. He has also been a CEO of Blue Lemon Paris from January 2006 to April 2013.

There's 77% chance that David Arnoux is seeking for new opportunities

Venture Partner, Northzone at The Drum