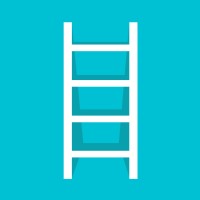 Not the Dave Carvajal you were
looking for?

Based on our findings, Dave Carvajal is ...

Based on our findings, Dave Carvajal is ...

What company does Dave Carvajal work for?

What is Dave Carvajal's role at Dave Partners?

What is Dave Carvajal's Phone Number?

What industry does Dave Carvajal work in?

Born in Santiago, Chile, Dave Carvajal immigrated to the United States at the age of 8. After attending Forest Hills School in New York City, Dave Carvajal went on to attend Fairleigh Dickinson University in Dickinson, NJ. He earned his B.A. in mathematics and political science in 1988 and his J.D. in law in 1992.From 1992 to 1994, Carvajal was an investment banker at the investment firm J.P. Morgan. From 1995 to 1997, he was a co-founder and CEO of the online job search and online job board company HotJobs.com. From 2002 to 2004, Carvajal was the CEO of in New York City.Carvajal is a published author and has written several books on executive management and business concepts. In 2002, he was named the Ernst & Young Entrepreneur of the Year. In 2006, Carvajal was inducted into the American Academy of Entrepreneurial law. He is currently a visiting professor at Columbia University in the Department of Political Science.

Dave Carvajal had an Executive Program at Singularity University from September 2022 to September 2022. This program trains executives in industry leading technologies and startups. They studied Languages, Lettres et Littératures, Language and Literature/Letters, Management, and Economics. Carvajal also completed the Langues, Lettres et Littératures program at IUT Besançon-Vesoul. This program teaches Classical French,Latin, and other literatures. Carvajal then completed the Management Program, Executive Education at University of Pennsylvania - The Wharton School. This program trains managers in the business world. Carvajal then completed the Bachelor of Arts - BA, International Busines & French at Clemson University. Carvajal is a French speaker and has a degree in International Business and French from Clemson University. Carvajal is also a Compensation Committees and Governance, Executive Education at Harvard Business School from September 2022 to September 2022. At Columbia University - Columbia Business School, Carvajal completed the Executive Coaching Intensive. This program teaches executives how to coach their teams to be successful. The program is one year long and offers a range of courses such asBusiness Ethics, Leadership, Advanced Project Management, and Coaching in Today’s Market.

Dave Carvajal is a Board & CEO Headhunter; CEO Advisor & Coach, Author, 5x IRONMAN & All World AthleteIndustry of Executive OfficeDave Carvajal is currently a President at from May 2002 to June 2004 . Corporate Finance at from September 1993 to September 1995 . Investor, Operating Executive at from June 2004 to May 2009 . Co-Founder HotJobs.com at from October 1997 to April 2002 . CEO at in New York, NY.

There's 75% chance that Dave Carvajal is seeking for new opportunities

Director of Business Development and Communications at University of Denver

Co-Founder and CEO at Simplata Technologies at ReachNow

Innovating on behalf of the customer to change culture, consumption and create access to capital. at Amazon

Founder at Axalio | Building a world where everyone can create wealth. Currently raising seed rounds at Axalio

We Are Hiring! at Brothers Consulting LLC