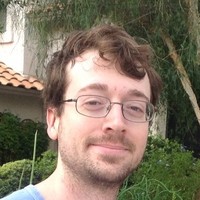 There's 87% chance that Daniel Kimbel is seeking for new opportunities

Not the Daniel Kimbel you were
looking for?

Based on our findings, Daniel Kimbel is ...

Based on our findings, Daniel Kimbel is ...

What company does Daniel Kimbel work for?

What is Daniel Kimbel's role at SENS Research Foundation?

What is Daniel Kimbel's Phone Number?

What industry does Daniel Kimbel work in?

Prior to joining LendUp, Daniel Kimbel spent three years as a Software Engineer at Ginkgo Bioworks, Inc. where he worked on various software projects. He started out at the company as a Senior Software Engineer and later became a Software Engineer at LendUp. At LendUp, Daniel Kimbel was responsible for coding in Scala and Java. He also worked on automated interfaces for the company's clients, as well as writing organizational materials and copy for the foundation's website. He also formed relationships with researchers at SENS Research Foundation and over saw all aspects of the student program and its $100,000/year budget. While at Ginkgo Bioworks, Daniel Kimbel also gained experience in design and copywriting.

Manager, Marketing and Operations at SJI at SJI

Partner and Co-Founder at Acrea AG at UBS

Director of Cloud Operations at Ivanti

Azure Consultant at Swiss Re