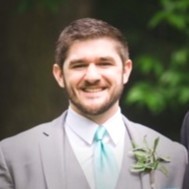 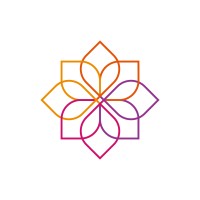 Not the Dan Miklosz you were
looking for?

Based on our findings, Dan Miklosz is ...

Based on our findings, Dan Miklosz is ...

What company does Dan Miklosz work for?

What is Dan Miklosz's role at SOLA Group, Inc.?

What is Dan Miklosz's Phone Number?

What industry does Dan Miklosz work in?

From August 2014 to September 2015, he was a Founder/CEO at ComVey Group LLC, where he focused on design and development of web and mobile applications. He also spent five months as an Associate at Venture Connects, a technology advocacy and consulting firm. From May 2015 to August 2015, he was a consultant withkitchen & bath design news, Qualified Remodeler, Residential Design -Northeast Regional ManagerIndustry of Publishing. He is a patientEngagement Account Coordinator (Oncology Team) at Outcome Health from June 2017 to November 2017. He is also a Host and Executive Producer at The Founder's Report from January 2016 to June 2017. He is also an Associate at Venture Connects from May 2015 to August 2015.

At University of Illinois at Chicago, Dan Miklosz earned a Bachelor's degree in Finance from October 2022 to October 2022. Upon graduating from college, Dan was poised to take his business development certificate and begin working in the business world. But as it turns out, his passion for learning was not only personal, but also matched his passion for business. After a few months of online tutoring and studying, Dan obtained his Master's in Business Development from Lyons Township High School in March of 2019.Having completed his high school education and experienced valuable professional experience in the business world, Dan has now achieved the level of education and experience necessary to entry the business world as a full-time professional. He is excited to begin his journey in the business world with nimble and slightest overhead knowledge and a strong desire to succeed.

There's 88% chance that Dan Miklosz is seeking for new opportunities

Founder, Partner at humbition at Indiegogo

Your Goals | Our Expertise | Achieving Results Together

Mother, Student, Pilot Wife currently putting all my focus on my May graduation and receiving my bachelor’s degree in Communication I will be looking for a job in May or a summer internship!

CEO at Clara Foods at EVERY™