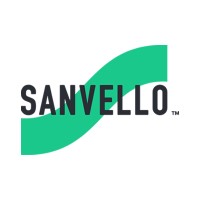 Not the Dale Beermann you were
looking for?

Based on our findings, Dale Beermann is ...

Based on our findings, Dale Beermann is ...

What company does Dale Beermann work for?

What is Dale Beermann's role at Sanvello Health?

What is Dale Beermann's Phone Number?

What industry does Dale Beermann work in?

Dale Beermann has a background in software engineering, having worked as a Chief Software Engineer at Gillware Online Backup from September 2013 to November 2014 in San Francisco Bay Area, and as a Co-founder and CEO at Pacifica Labs Inc. from October 2014 to November 2018 in San Francisco Bay Area.Beermann has provided technical support for a wide range of products, including websites and mobile applications. He has also worked on developing criticalBug-Busting tools for web application and web application development, as well as developing mobile applications for several mobile app developers.He has a strong interest in entrepreneurship and has been involved in a number of entrepreneurial projects, including the creation of the Entrepreneurial Toolkit Series, organized cross-committee events, and establishment of programs to help educate and support entrepreneurs in the Madison area. Beermann has also been involved in raising money for various purposes with local government and the private sector. He has sat on the Steering Committee where he helped drive the direction of the organization.Beermann is also a Partner at Gorges Software LLC from January 2006 to January 2009 (3 years 1 month), and designed, developed, and maintained MyOutdoors.net, a full-featured community-driven website allowing users to journal, map, and share their outdoor activities.Beermann holds a fellowship from the annual meeting of the American Institute of Electrical and Electronics Engineers (Aiee), and has been a part of severalpanel discussions at the Aiee conference.

Ranked #833 out of 16,660 for Chief Technology Officer in California

There's 86% chance that Dale Beermann is seeking for new opportunities

Senior IT Consultant & Head of Department at Wavestone

Ingénieur d'études at Lucca at Lucca

Sales Manager - Looking for a new opportunity at Sprecher Berrier

Growth Investor at TCV at TCV

Experienced Technology Product and Marketing Advisor at Self