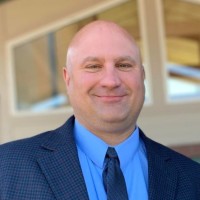 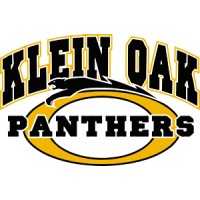 Not the Craig Curry you were
looking for?

Based on our findings, Craig Curry is ...

Based on our findings, Craig Curry is ...

What company does Craig Curry work for?

What is Craig Curry's role at Ridgefield High School?

What is Craig Curry's Phone Number?

What industry does Craig Curry work in?

Craig Curry'sExperience in Education Management: Craig Curry has been a Principal of Ridgeline Middle School in Yelm, Washington since June 2010. Prior to that, he was the Assistant Principal at Yelm Middle School in Yelm, Washington from July 2014 to June 2017. From July 2013 to June 2014, he was a Principal Intern at Ridgefield High School. From August 2013 to June 2014, he was a English and Humanities Teacher at American International School of Lagos, Nigeria. From May 2003 to May 2006, he was a Journalism Teacher at Klein Oak High School. From August 1999 to May 2003, he was a Physics Teacher at Stevens-McGill High School.

Craig Curry began his education at St. Pius X High School in 1990. He graduated from St. Pius X in 1994 with a degree in Educational Leadership. He then attended Washington State University where he earned a Master's in Educational Leadership in October 2022. curry then move to Sam Houston State University to receive his Bachelor of Arts in English in October1999.

Craig Curry's notable professional achievements include owning Better Grades In-Home Tutoring in Seattle, Washington since January 2007. Here, he has been experienced in teaching various levels ofEnglish tuition, specialty tutoring programs for hard to teach/ relearn languages, and providing opportunities for students to interact with their tutor in a hands-on manner. Additionally, Curry has held various teaching and management positions in the field of education, most notably as an Assistant Principal at Yelm Middle School from July 2014 to June 2017. In addition, he has also been an Intern at Ridgefield High School from August 2013 to June 2014. As a result of his experience and skills, Curry is fully qualified to become the new Principal of Ridgeline Middle School in Yelm Community Schools.

There's 86% chance that Craig Curry is seeking for new opportunities

Director of Facilities at Comcast

Headed to Jakarta for meetings for my portfolio of AI and blockchain and entertainment companies. PM me for meetings. at ObEN, Inc

Sales Manager at Quick Base at ZoomInfo

Managing Director UK and Ireland at SAP at SAP