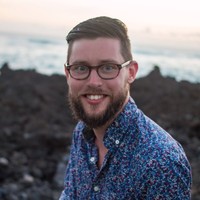 Ranked #184 out of 3,673 for Linux Systems Administrator in Massachusetts

There's 88% chance that Colin Wilson is seeking for new opportunities

Not the Colin Wilson you were
looking for?

Based on our findings, Colin Wilson is ...

Based on our findings, Colin Wilson is ...

What company does Colin Wilson work for?

What is Colin Wilson's role at Black Duck Software?

What is Colin Wilson's Phone Number?

What industry does Colin Wilson work in?

Colin Wilson has worked in the field of big data for over 4 years. He has experience working with data transformation and data management platforms such as Hadoop, MapReduce, and Kafka. Colin has also worked with the development of software for the web, including HTML, CSS, and Javascript. He is also experienced in areas such as Puppet, Jenkins, and Heroku.

Colin Wilson's professional experience: Colin Wilson is a Linux Systems Administrator at Black Duck Software from February 2007 to May 2013 (6 years 4 months). In that role, he built out a real time ETL pipeline of data from MySQL to ElasticSearch using a CDC tool, Kinesis, and AWS Lambda. He also implemented Kafka clusters for real time ingestion of event-driven data from the main product API. He also wrote batch versions of real time ETL pipeline in Spark for historical data processing for bugs and data changes. In the meantime, he partnered with Data Scientist to produce code and optimizeSQL queries for speed. Finally, he explored using machine learning to categorize calendar events for better space recommendations.He currently works with ClimaCell as a Data Engineer. ClimaCell is a software company that manufactures air quality sensors. In October 2016, he was responsible for collect, store, and serve up all data that was from external sources. His highlights include writing automated workflows to scrape and sanitize public weather data with Airflow, architecting solution for real time processing of data uploaded to S3 by a third party, championing the use of Spark for our data processing pipeline, setting up the Vulcand load balancer to automatically route traffic to internal APIs running in docker containers with the help of presencefleet services that kept IP and port information up to date in etcd, designing new data pipeline infrastructure utilizing Kafka for a more persistent data transport, Avro for incremental data storage on S3, Redis for fast lookup of external metadata, and PostGIS for geospatial metadata lookup. He also integrated support for persisting messages to Kafka within an open source MQTT broker, wrote data "shuttle" in Clojure to move messages from Kafka into RabbitMQ to allow service by service migration from RabbitMQ to Kafka, initiated build of hosting infrastructure for microservice-like REST services, and utilized Logstash, Kafka, Flume, and Hive to collect production web log data. Lastly, he explored authentication middleware in Golang to be used in Vulcand to replace integrated authentication layer in microservices.

Looking for new friends at ProAdvertising

CEO of Atomico, Founder of Skype, etc at Atomico