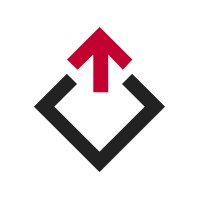 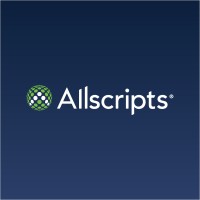 There's 96% chance that Colin Nickeson is seeking for new opportunities

Not the Colin Nickeson you were
looking for?

Based on our findings, Colin Nickeson is ...

Based on our findings, Colin Nickeson is ...

What company does Colin Nickeson work for?

What is Colin Nickeson's role at Red Arrow Labs?

What is Colin Nickeson's Phone Number?

What industry does Colin Nickeson work in?

1. Colin Nickeson was born in Nottingham, England in 1986. After graduating from high school, Colin moved to the San Francisco Bay Area where he landed his first job as a software developer at Innovative Way. There Colin worked on a variety of different projects such as developing front-end code for React, Redux, Webpack, and ESlint. He was also able to work on SQL Server back-end services as well as creating a new Android application that fixed multiple errors and increased the load time by 50%.2. Colin then moved to Milwaukee, Wisconsin where he worked as a software engineer at Worktrainer. There he programmed changes for worktrainer.co.za and also helped troubleshoot programming problems. He also stored, updated, and retrieved data from MySQL for the company.3. Colin then moved to Iowa in August of 2011 and worked as an IT student at the University of Iowa. There he supported Windows and Facilities Management software. He then moved to Red Arrow Labs in October of 2016 and worked on implementing new features, fixing bugs, and creating coding patterns on a variety of client-driven projects. He was also able to use a TDD approach to write well-tested, maintainable code and was a member of a fast-paced, team-oriented, Agile environment.4. In June of 2018, Colin moved to Greater Los Angeles Area and began working at Credit Karma. There he is responsible for software development, maintaining the company’s back-end systems, and working on code projects such as creating new Android applications, writing well-tested, maintainable code, and providing feedback to clients.5. Colin is currently a Software Engineer 4 at Credit Karma in Greater Los Angeles Area. He has worked on software development in both the San Francisco Bay Area and the Milwaukee, Wisconsin area. He has also worked onSQL Server back-end services and has created computer images for new employees.

After high school, Colin Nickeson went on to earn his Bachelor of Arts (B.A.) in Computer Science at the University of Iowa. Colin's Credits include working on a research project in the Computer Science Department, participating in a summer research program in the Physics Department, in addition toاa total of fourteen thesis experiences. After getting his degree, Colin started off his career in the computer industry. He first worked for two years for a company started by his family. After that, he moved on to work for two more years for a company. But, in 2016, he decided to move back home to Maquoketa to take a job with his family business. Colin is currently the CTO at his family business, and he is also a part-time professor in the Computer Science Department at the University of Iowa. He has also been collaborating with the University of Iowa’s Artificial Intelligence Department and the Online Distributed System Lab. Colin has numerous awards and recognition, both nationally and internationally, due to his achievements in the computer industry. He is currently leading a team that is developing a quantum computer.

ColinNickeson has a B.S. in engineering from the University of Utah. He has been teaching himself C# for the past year, and has been working as a software engineer for various companies. Colin Nickeson is currently a software engineer at Credit Karma in Greater Los Angeles Area. His work experiences include a software developer at Credit Karma from July 2017 to January 2019 (1 year 7 months), a software engineer at Innovative Way from October 2016 to June 2017 (9 months), and a lead front end development efforts with technologies such as React, Redux, Webpack, Eslint, JEST, and ES6. Colin Nickeson also has experience programming in Java, experiencingWrite code that fixes bugs and creates coding patterns. He is also a member of the IT community, working as a student worker at University of Iowa Facilities Management from August 2011 to June 2012.In his spare time, ColinNickeson likes spending time with his wife, daughters, and dog.

Student at the University of Virginia at Noblis

Director for DevOPS, Automation and Infrastructure at Cisco

Partner at Dreams at Monterosa

Salesforce Developer at Airbnb at Airbnb