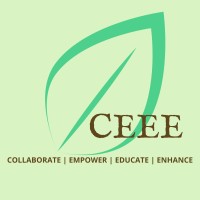 Not the Cleiton Dos Santos Garcia, PhD you were
looking for?

What company does Cleiton Dos Santos Garcia, PhD work for?

What industry does Cleiton Dos Santos Garcia, PhD work in?

Cleiton Santos Garcia is an experienced programmer, software designer and architecture consultant. He has worked with programming languages such as Java and C++. Santos Garcia has also worked on software development methodologies such as waterfall, scrum, agile, the Jenkins project, psychrometric measurement and process mapping.Santos Garcia is also experienced in software architecture, program management and process engineering. He has played a key role in the creation and development of software software designs, architectures and load balancers. He has also taught at the undergraduate and graduate levels, lecturer at several universities, and is a member of the WEG team.

Director of Innovation and Strategy and Contributor at BusinessInnovationBrief.com at Aggregage

Freelance IT Recruiter at Home

IT Director at Bank

The #1 Most Effective Fixed Ops Trainer and Dealer Coach in the World. at Chris Collins Inc.

NLP | text mining @ Swiss Re at Swiss Re