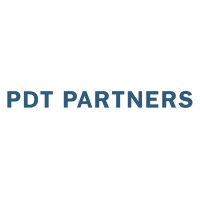 There's 93% chance that Claudiu Mihail is seeking for new opportunities

Not the Claudiu Mihail you were
looking for?

Based on our findings, Claudiu Mihail is ...

Based on our findings, Claudiu Mihail is ...

What company does Claudiu Mihail work for?

What is Claudiu Mihail's role at PDT Partners?

What is Claudiu Mihail's Phone Number?

What industry does Claudiu Mihail work in?

Claudiu Mihail's education has focused on computer science and computer science at Colegiul National Bilingv "George Cosbuc" Bucuresti. Claudiu has also had a Bachelor of Science in Computer Science from Universitatea „Politehnica” din București. Claudiu is currently working as a Postdoctoral Research Scientist at Google Research in the Cloud Platform Team.

Claudiu Mihail's professional experience has included working in areas such as computer programming, event-driven computation, and data science. Claudiu has a Bachelor’s degree in computer science from Covidienne University and a year of experience in a number of companies, both as a software development engineer and teaching assistant. Claudiu is currently a Vice President at A Quantitative Hedge Fund, where he has worked since July 2013. Claudiu also has experience as a Google Summer of Code 2011 Participant and a Google Summer of Code 2009 Participant. Claudiu has been a master's student at Politehnica University of Bucharest since February 2011, working on a class in Algorithm Design.