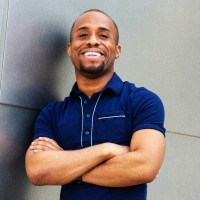 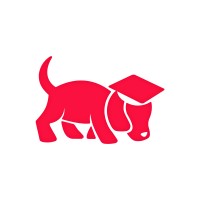 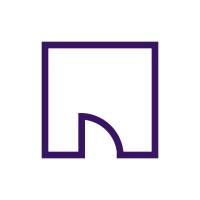 Ranked #162 out of 3,247 for Chief Executive Officer, Founder in Washington

There's 73% chance that Christopher Gray is seeking for new opportunities

Not the Christopher Gray you were
looking for?

Based on our findings, Christopher Gray is ...

Based on our findings, Christopher Gray is ...

What company does Christopher Gray work for?

What is Christopher Gray's role at World Change Coalition?

What is Christopher Gray's Phone Number?

What industry does Christopher Gray work in?

Christopher Gray has worked in the following places:Co-founder at SchollyChristopher Gray is currently a President, Founder at Golden Bridge Ventures, LLC from June 2010 to March 2011 (10 months) in Greater Philadelphia Area. Golden Bridge Ventures, LLC (“GBV”) is a venture capital firm that bridges the gap between entrepreneurs, TTOs, tech companies and investors. GBV also creates strategic partnerships with large technology driven companies, motivated entrepreneurs, key networks of investors, as well as numerous media sources to promote our client’s startups and increase commercial value. In return, our investors gains access to a large pool of intellectual property (IP) and commercially viable technologies/companies ready to hit the market.Summer Intern at Innovation Depot from June 2009 to August 2009 (3 months). Business Incubator that houses technology based companies that produce and create innovative technologies. Founding Partner at Dorm Room Fund from November 2012 to January 2015 (2 years 3 months) in Greater Philadelphia Area. The Dorm Room Fund is one of the first venture capital funds run by students, for students. With $500,000 from First Round Capital, the student run investment team makes $10,000 - $20,000 investments in student run start-ups. DRF was launched in Philadelphia and has since expanded to New York and San Francisco.Co-founder and CEO at Venturenary from May 2012 to May 2013 (1 year 1 month) in Greater Philadelphia Area.Chief Executive Officer, Founder at World Change Coalition from May 2010 to February 2012 (1 year 10 months). The World Change Coalition is an international non-profit organization that seeks to develop global citizens by implementing projects focused on educational reform across the globe in the areas of cultural awareness, academics, and social responsibility. Founder and CEO at Scholly in Greater Philadelphia Area."Started by a student who won $1.3 million in scholarships, Scholly is an app that gives students a fast and easy way to find scholarships for college. The app turns the months of looking for money for college into minutes. The company was recently on Shark Tank, landing a deal with Daymond John and Lori Greiner. Some of our key progress includes being #1 in the iPhone and Android App store for several weeks, several cities and states(Memphis, Montana, Philly, etc) purchasing the app for their students, being chosen as one of Inc. Magazine’s Top College Startups, and winning UnderArmour’s Cupid’s Cup Competition. Scholly also partnered with the White House's My Brother's Keeper Initiative to provide the app to 275k students across America each year. We also recently won a 100k investment from Steve Case for his Rise of the Rest Competition. The app has also been endorsed by the Coca Cola Scholars Foundations and the Gates Millennium Scholars Foundation. In less than two years, Scholly has helped students raise at least $15 million and changed the lives of students across the U.S.".Underwriting Co op at Fannie Mae in Greater Philadelphia Area. Create weekly and bi-monthly manager lender reports in Excel

Solicitor at Stobbs at Stobbs