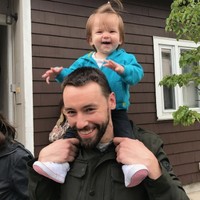 University of Massachusetts at Lowell

Not the Chris Robichaud you were
looking for?

Based on our findings, Chris Robichaud is ...

Based on our findings, Chris Robichaud is ...

What company does Chris Robichaud work for?

What is Chris Robichaud's role at Aetna?

What is Chris Robichaud's Phone Number?

What industry does Chris Robichaud work in?

Chris Robichaud works in the Health, Wellness and Fitness industry.

Chris Robichaud is currently a Full-Stack Developer at Trapelo Productions from August 2016 to August 2017 (1 year 1 month). His responsibilities include technical leadership, project management and business development. He is also responsible for creating native iOS app and React JS webapp for live video streaming service, featuring custom clip creation, user favorites and sharing, managing channel subscriptions. Work included automated testing, docker deployments and performance optimization. He also delivered a custom, responsive website that matches design guidelines with client requirements. He is also a Senior Software Engineer at Symantec from April 2011 to July 2016 (5 years 4 months). His duties include ground-up rebuild of Norton Family Android app, which handles enforcing family rules such as website and SMS blocking, and a rebuild of Norton Identity Safe website, an online password vault where security is critical. He is also a Senior Android Developer at Aetna in Burlington, MA from August 2016 to August 2017.

Chris Robichaud's educational background and work readiness is based on his study at Burlington High School and University of Massachusetts at Lowell.Chris Robichaud's studies at Burlington High School taught him computer science, which he later graduated from in 2008 with a Bachelor's degree. At University of Massachusetts at Lowell, he studied computer science, which he graduated from with a Masters degree in 2013.With these experience levels, Chris Robichaud is ready to begin his work career. He has the knowledge and skills to be a computer scientist and\\\\\\//\\\'s with the ability to communicate and collaborate effectively.

Chris Robichaud has 5 years of experience with developing mobile and web applications. His most recent position was as a Software Engineer at Symantec where he rebuilt an Android app and led the development of a custom Flex web application. prior to that, he worked at Coler & Colantonio, Inc. as a Senior Android Developer. at Kronos Inc., where he created and maintained automated test plans for unit testing and regression testing. With a focus on Kotlin and C#, Chris is a skilled developer with a knack for coming up with innovative and efficient solutions.Chris Robichaud is aEnjoys working with Kotlin and C#. He is also a self-starter, able to take on large projects quickly and efficiently. He is a good instructor and enjoys working with other developers.

There's 100% chance that Chris Robichaud is seeking for new opportunities

Software Engineer at Tieto at Tieto

External Reporting and Accounting Research at We Energies at Connecture