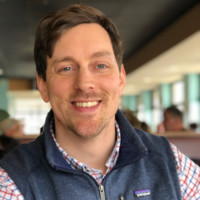 There's 94% chance that Chris Power is seeking for new opportunities

Not the Chris Power you were
looking for?

Based on our findings, Chris Power is ...

Based on our findings, Chris Power is ...

What company does Chris Power work for?

What is Chris Power's role at TelaDoc?

What is Chris Power's Phone Number?

What industry does Chris Power work in?

Chris Power's education has been focused in Computer Engineering, which he obtained from the University of Massachusetts Lowell in 2003. During his time at UMass Lowell, he was a part of the undergraduate computer engineering program and helped lead the program to a national championship in 2008.Since leaving UMass Lowell, he has beenworking as an engineer in various capacities within multiple companies. In his most recent position, he has been working as an engineer at Nvidia, where he is responsible for developing and maintaining the company's high-end graphics cards.His prior experience and education have given him a wide range of skills and knowledge which he has put to use within his current work environment. His experience with high-end graphics cards and his knowledge of computer engineering have helped him develop a strong skillset for his upcoming position at Nvidia.

Chris Power's professional, technical, and interpersonal skills:Chris Power is aprofessional with a background in web development and technology. He currently works as a frontend engineer at BrownTree Labs in Bridgeport, CT. Power is also a software engineer at IndigoChris Power is currently a Owner / Lead Developer at BrownTree Labs in Bridgeport, CT. Own/operate web development consultancy Working with multiple clients in both front-end and back-end technologies.Power is currently working with Ruby on Rails, Elixir, Ember, React. He also worked in an exciting company actively making local governments work better with their citizens on problems in their communities. He created a new feature of the Ember application to allow governments to complete work orders that citizens report. Power also worked as a software consultant at Decision Resources Group from July 2015 to October 2016 (1 year 4 months).*Acted as front-end lead, advising and consulting all team members with Ember best practices, leading to cleaner, better tested code.*Upgraded Ember from 1.13 to 2.4 to keep up to date with the latest and great Ember releases.Fixed all bugs and upgraded all addons/dependencies to handle this change.Refactored a broken test suite of 1600+ q-unit tests to be functional. Allowing CI to run properly, and instilling a TDD culture within the team.*Helped drive home the completion of amassive re-factoring of code to use ElasticSearch. This increased the speed of the application by a large amount.*Helped implement Redis to use for caching certain parts of the application, resulting in dramatic speed increases.Reduced code complexity with refactors in both Ember and Rails applications, leading to higher productivity, high code quality, and increase to test coverage of all code. Lead Web Developer at Gameface Media from May 2013 to July 2015 (2 years 3 months).*As first in-house hire, took over development of photo sharing application built using Backbone.js with Rails 3.2 backend.*Leveraged improvement in Rails 4.1 and Postgres 9.3 to improve performance to meet increased scalability requirements.* Built entire administrative applications using Backbone/Rails to support the growing needs of the platform.*Resolved any performance bottlenecks, allowing the application to scale to handle millions of pageviews per month.Manage both in-house and contract developers.*Worked as acting QA manager on site for multiple agile development companies.*Was on site for the end of each sprint.Managed the entire QA process for numerous iterations to provide a complete product on time in an agile schedule. Implemented SCRUM based management to help the Project Management team organize projects and day-to-day work. QA Engineer at Virtual Iron Software from May 2008 to January 2009 (9 months).*Worked as a part of the QA Engineering team at Virtual Iron Software.*Managed regression, and installation automated testing. This

Student at University of Massachusetts, Amherst at Rockstar Energy Inc