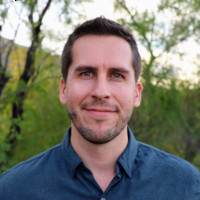 Not the Chris Haugli you were
looking for?

Based on our findings, Chris Haugli is ...

Strong sense of self
Competent
Reflective

Based on our findings, Chris Haugli is ...

What company does Chris Haugli work for?

What is Chris Haugli's Phone Number?

What industry does Chris Haugli work in?

Chris Haugli has been a software engineer for 11 months at NOWBOX in San Francisco Bay Area. He has experience with Apple iOS, Uber, Aspiro TV, and Oslo, Norway.

Chris Haugli has a MSc from Imperial College London in Computing Science. He also has a BSc from Queen's University in Electrical Engineering. In his previous education, he had worked as a research scientist at British Microelectronics Association and Hitachi Electronic Components.

In his own words:Chris Haugli is an iOS Engineer with over 6 years of experience in the Apple App Store. Previously he was a software engineer at Uber, where he worked on a range of applications including ride-hailing, email, and sign-up forms. During his time at Uber, Chris helped develop a widest range of iOS apps, from low-power devices to hardcore gaming apps.In his free time, Chris loves spending time with his wife and two young kids. He is currently pursuing a degree in Computer Science from UC Berkeley.

There's 87% chance that Chris Haugli is seeking for new opportunities

Director of Marketing at L’Oréal at L'Oréal

Principal Member of Technical Staff at AMD at AMD

Data Scientist at Uptake at Uptake

Data Analytics at Adobe at Adobe

Women in Technology and Risk & Controls Director at Aviva at Aviva