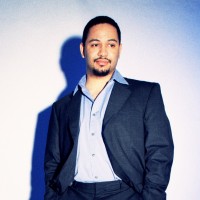 Not the Chris Drottar you were
looking for?

Based on our findings, Chris Drottar is ...

Based on our findings, Chris Drottar is ...

What company does Chris Drottar work for?

What is Chris Drottar's role at OTOY?

What is Chris Drottar's Phone Number?

What industry does Chris Drottar work in?

Chris Drottar works in the Information Technology and Services industry.

Chris Drottar's education and work readiness has been shaped by his unique education and background. Hisis BS, CIS at University of Oregon from 2000 to 2004. He also studied at Catlin Gabel from 1995 to 2000.Chris's education and background have prepared him for a variety of roles in the corporate world. He has worked as a systems engineer for 3 companies, project manager for a software company and as a development engineer for a web development company. He has extensive experience in programming, design, and development.Chris is an experienced problem solver and has a strong understanding of computer systems. He is proficient in various programming languages, including Python, Ruby, and C++. He is also adequately educated in English and has a good knowledge of the English language.Chris is a team player and is well-Connected with his co-workers. He is also able to manage deadlines and keep up with changes in the company.His experience and education have prepared him to fill a variety of roles in the corporate world. He is confident and prepared to work in a challenging environment where he can learn and grow.

Chris Drottar has experience in a wide range of technical fields including development, web development, and technical writing/support. Drottar is also experienced in developing microservices-based applications, Kubernetes,AWS,varnish, redis, and akami.

There's 100% chance that Chris Drottar is seeking for new opportunities

Head of Product at relayr.io -Using IoT and AI during digital transformation and changing business model of companies at relayr.io

Vendor Manager at Amazon at Wayfair

Frontend Engineer at Babbel at Babbel

Founder and CEO at Savvy Science at SUNEW