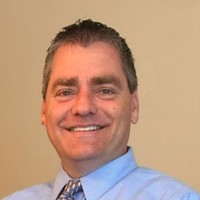 There's 71% chance that Charles Braswell is seeking for new opportunities

Not the Charles Braswell you were
looking for?

Based on our findings, Charles Braswell is ...

Based on our findings, Charles Braswell is ...

What company does Charles Braswell work for?

What is Charles Braswell's Phone Number?

What industry does Charles Braswell work in?

Braswell has experience in INFORMATION SERVICES industry, affecting both SIP, customer/supplier relationship management and systems hardened security. He has experience in process control, SAP security, role design and information assurance. He has also worked on product development at SAP, such as in information risk management, product market Space, and process automation. Charles Braswell has a degree in computer science from Brown University and a Master's degree in Business Administration from Boston University. Charles Braswell is married and has two children.

CEO of Crowdz | Co-Founder at Crowdz

SVP Engineering at Slack - Where Work Happens at Slack

Software Engineer at HBO at Sputnik

Experienced construction project manager. Versed in single family, multi family and commercial construction. Both in renovation and ground up builds. at Beazer Homes

International Producer (5500+) at THE PLANET CALLS