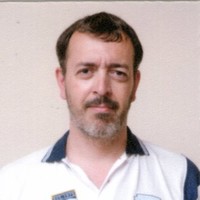 Technical translator: English, Italian and Portuguese to Spanish, and Spanish to English

Technical translator: English, Italian and Portuguese to Spanish and Spanish to English

Technical Translator: English, Italian and Portuguese to Spanish, and Spanish to English

Not the Carlos Martin Schwab you were
looking for?

What company does Carlos Martin Schwab work for?

What is Carlos Martin Schwab's role at Freelance?

What industry does Carlos Martin Schwab work in?

Founder/CEO at Cadsourcing providing outsourced drafting services to A/E firms across the U.S. & Chairman of the Board at Tahche Outsourcing setting up offshore offices for growing businesses. at Cadsourcing, LLC

Sr. Technical Recruiter at Randstad Technologies US at Rivian

Associate Director of Creative Recruiting at DDB at DDB