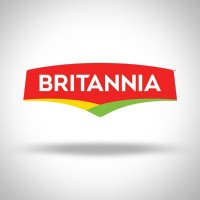 Not the Burhan Khalid you were
looking for?

What company does Burhan Khalid work for?

What is Burhan Khalid's Phone Number?

What industry does Burhan Khalid work in?

Burhan Khalid has been associated with a number of law firms including Maheshwari & Co. Law Firm, Hindustan Unilever Ltd, R S Prabhu and Co. Law Firm, and UKLI Real Estate Pvt. Ltd. He has also worked as a Legal Advisor at 21st Century Fox -STAR Network from November 2013 to May 2016. Burhan Khalid is situs as an Advocate atmultiple Law Firms and as Head of Legal Department at Britannia Industries Limited. he also worked as an Executive at M/s UKLI Real Estate Pvt. Ltd from August 2006 to June 2007, Legal Head at Britannia Industries Limited from July 2007 to December 2007, and Junioir Associate at R S Prabhu and Co. Law Firm from April 2005 to August 2006.

There's 93% chance that Burhan Khalid is seeking for new opportunities

Investor and Entrepreneur Founder, CEO at CrossCircles Inc at Robin.ly

The Budman at Mitchell Distributing

Director at Yala Consult, for Europe. Propel Consult for GCC Recruitment and Babsaudi.com a Jobsite for Saudi Arabia at Propel Consult

My knowledge and experience are my stock in trade!

General Manager at WNS at WNS