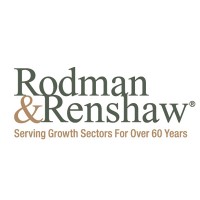 Not the Bryce Maddock you were
looking for?

Based on our findings, Bryce Maddock is ...

Based on our findings, Bryce Maddock is ...

What company does Bryce Maddock work for?

What is Bryce Maddock's role at Smarter Social Media?

What is Bryce Maddock's Phone Number?

What industry does Bryce Maddock work in?

Bryce Maddock is a B.A. from New York University. He has an extensive background in International Relations, having studied at the world-renowned University of New York. Maddock's research paid off, earning him a prestigious award from the American Political Science Association. In addition to his academic distinction, Maddock has also found success in professional work, having been named a fellow of the George Washington University School of Foreign Service.

In October 2008, Bryce Maddock joined Smarter Social Media as a Client Relations Manager. In this role, she was responsible for leading and overseeing all social media strategy for brands like Best Western, Mountain High, and SteriPEN. In late November 2011, Bryce left Smarter Social Media to take a position as a Manager at MAV12 Agency.Bryce has many years of experience working with technical and interpersonal skills. She is great at workingLate night shift, and has the ability to work well in an international environment. Bryce is able to work well with others and has a great sense of humor.Bryce Maddock has a strong work ethic and is always looking for ways to improve her skills. She is able to work independently and is always willing to help out others.

There's 94% chance that Bryce Maddock is seeking for new opportunities

Talent Acquisition Specialist at the #1 Wholesale Mortgage Lender in the Nation, UWM at Venteon

Portfolio Manager at PIMCO at PIMCO

Member of the Board at Papa John's International at Pinnacle Entertainment

Taking it slower than before at Daughters Of Tomorrow (DOT)