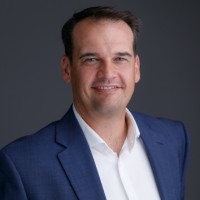 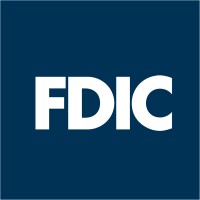 Not the Brock VandenBerg you were
looking for?

What company does Brock VandenBerg work for?

What is Brock VandenBerg's role at TaliMar Financial?

What is Brock VandenBerg's Phone Number?

What industry does Brock VandenBerg work in?

Brock Vandenberg's education and work experience:Brock Vandenberg has a BA in Economics from Northern Arizona University in 2002. He has experience in real estate since he began his career in 2002 as an asset manager for a commercial lending company. From there, he moved to Kachay Homes where he worked as a finance consultant from January 2008 to September 2008 . In May 2009, Brock Vandenberg joined FDIC where he was responsible for Resolution and Receivership Specialist. From January 2012 to September 2012, he was Vice President at KeyBank - Private Equity Group. Brock Vandenberg holds a Master's degree in Business Administration from Northern Arizona University.

He has over 10 years of experience in the professional services industry, where he has held a variety of management, technical, and interpersonal roles. Brock is unique in that he has a thorough understanding of both the financial industry and real estate. He has expertise in both the capital markets and real estatehovering around the central corridor in downtown america.Brock has worked in a number ofMortgage Fund Management Provider, especially in the Mortgage Industry. He has also been involved in a number ofacquisitions, including numerous Commercial properties, Residential properties, and an Asset Management company. In his time, he has been very successful at maneuvered and acquisitions, both fast and slow-moving. He is also an experienced manager of cash flow and acquisition and disposition,.Brock completed his undergraduate studies at Wesleyan University with a degree in Journalism. He then completed a masters degree in Financial Planning and Analysis at the University of Missouri-Kansas City. Finally, he completed his own professional experience by working at the Hard Money Lender at the Mortgage Fund Manager from 2003-2008. From here, he came to the Credit Issuer, KEY Bank - Private Equity Group. He served as Vice President of that company from June 2003-January 2008. Brock then moved on to work at the Resolution and Receivership Specialist at the FDIC from May 2009-January 2012. With that experience, he was able to take on a number of roles at the FDIC which included being a Resolution and Receivership Specialist.After a few years of experience with acquisition, disposition, and capital disposition, Brock moved on to start his own company, TaliMar Financial, which specializes inCommercial Real Estate Financial Analysis and Issuer Analysis services. With his company, Brock is able to provide his clients with a level of professionalism, understanding, and expertise that exceeds what is available from any other company.

There's 95% chance that Brock VandenBerg is seeking for new opportunities

Founder & CEO at XRPANET, Twelephone, and GroupRoom.io. I am fascinated by alternative communication platforms. at Magic Leap

Owner of the Anaheim White House restaurant at Caterina's Club