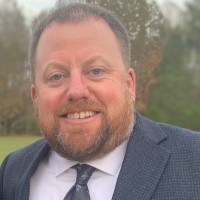 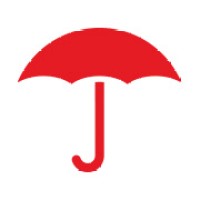 Not the Brian Biggs, CPCU, CFE you were
looking for?

What company does Brian Biggs, CPCU, CFE work for?

What is Brian Biggs, CPCU, CFE's role at Travelers?

What industry does Brian Biggs, CPCU, CFE work in?

AIC, Claim, Access Control, Workers' Compensation Claims, Insurance, Workers Compensation, Subrogation, Liability, Fraud, Claims Management, Risk Management, Legal Liability, Property Damage, Investigation, Commercial Insurance, Property & Casualty Insurance, Casualty. Brian Biggs has many years of experience in the field of insurance, specifically in the field of workers' compensation. In his time as a director at the company, he has developed a deep understanding of the claims process and the various insurance products available. Brian has also demonstrated his ability to work with clients to get the best possible results for them.Brian has a great deal of knowledge and discretion when it comes to working with insurance companies. He is not afraid to take risks and always puts the client's best interest first. As a result, he has been successful in getting high-quality insurance policies for his clients.Outside of work, Brian enjoys spending time with his family and friends. HeRecently he retired from his current position at the company, but he will always be a part of theTravelersIndustry of Insurance family.

Brian Biggs's professional experiences include being a file clerk for Inova Health, a claims adjuster for GEICO, claims examiner for American Strategic Insurance, and a claim examiner for Inova Health.Brian Biggs has been with both the insurance industry and the legal field for over 10 years, most recently being the Claims Rep. for Southern Family Insurance from January 1997 to January 2001. Biggs then moved on to Regional Director at Travelers from January 2001 to January 2003, before being named the Lead Investigator at Travelers from March 2008 to August 2014. From there, Biggs was given the rank of Senior Claim Rep at American Strategic Insurance from January 2001 to January 2003 before becoming the lead examiner for Travelers Insurance from March 2008 to August 2014.From 2003-2007, Biggs was also the Director, Major Case Unit, Western Region at Travelers Insurance, where he managed and supervised a team of claims examiners. Biggs also has experience in subrogation, liability, fraud, and insurance law. Biggs has a degree in Insurance from the Ohio State University, where he earned a cum laude.

🕊 I follow my heart ❤️ my dreams 👩🎓 and stay active 🧘♀️. Devoted to creation 🌋 I download ideas 💡 through my unlimited plan 🌅 and enjoy playing the game 🍀 of life! 🕊

CEO & Founder at RegAlytics at 8of9

Wealth Advisor at Wealth Management by CommunityAmerica at Copper Financial

Vice President at Jacobs at Jacobs

CEO at EnvisionTEC at ETEC

Oracle Fusion Cloud ERP Functional Consultant Immediately Available - Can work in USA without any visa restrictions. at KPMG US

Founder and CEO at Entrepreneurs' Organization