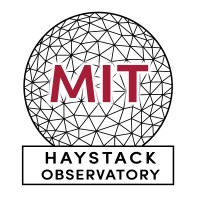 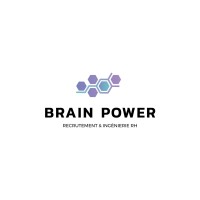 Ranked #233 out of 4,669 for Undergraduate Researcher in Massachusetts

There's 90% chance that Brent Samuels is seeking for new opportunities

Not the Brent Samuels you were
looking for?

Based on our findings, Brent Samuels is ...

Based on our findings, Brent Samuels is ...

What company does Brent Samuels work for?

What is Brent Samuels's role at MIT Haystack Observatory?

What is Brent Samuels's Phone Number?

What industry does Brent Samuels work in?

BackgroundBrent Samuels is a software engineering intern at Facebook from June 2017 to August 2017 (3 months) in Greater Seattle Area.Brent Samuels first met Brent while he was working as an undergraduate researcher at MIT Haystack Observatory. There, he led a team of three that created a full-stack development of an anotated textbook website using Vue.js, Node.js, and PostgreSQL.Brent then moved on to work at OpenLink Software, where he was responsible for developing a web app to monitor the number of occupant in an Oculus clean room and the duration of their stay in order to prevent harmful chemical exposure and to allow Oculus development to scale more safely. He also developed a Messenger bot to check the room status every 5 minutes and message the room owner if needed.At Facebook, Brent worked on several projects. He reduced JS artifacts by 91% by migrating builds to rules_closure and presented results to group management. In addition, he enforced HIPAA compliance through several Jira stories involving export logging and both tagging and encryption of identifying healthcare information.In January 2020, Brent joined Brain Power as a product management intern. He led a sub-team of 5 through the design and development of a concept teaser mobile application to expose a larger audience of customers to a variety of the company’s Google Glass applications. He also led a daily stand-up and biweekly sprint retrospective to regulate the assignment of Jira tickets for each sprint.At Vivint Smart Home, Brent created a program to categorize the Elasticsearch data of triggered security devices in order to allow users to filter alarm notifications by device type. He also improved the internal web app permission and group requirements to regulate employees’ site access.In February 2018, Brent joined Facebook as a software engineer intern. There, he led a team of three that created the redesign of the internal website that allows designers to create specifications for UI engineers. He also coordinated a team of 3 and presented weekly to higher management on the progress of the project. In addition, he supported the thesis of a fellow undergraduate researcher.