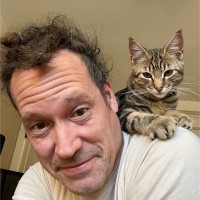 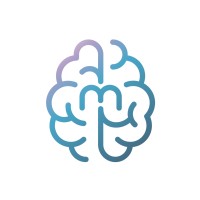 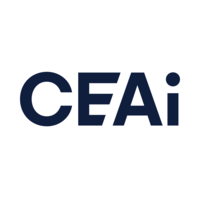 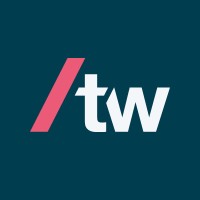 Not the Bradford Cross you were
looking for?

Based on our findings, Bradford Cross is ...

Based on our findings, Bradford Cross is ...

What company does Bradford Cross work for?

What is Bradford Cross's role at Two Lions?

What is Bradford Cross's Phone Number?

What industry does Bradford Cross work in?

Bradford Cross's Work experiences:Entrepreneur and investor. Founded 5 startups; 3 acquired and 2 active.Bradford Cross is currently a Founder CEO at Prismatic Inc from April 2012 to December 2015 (3 years 9 months) in San Francisco Bay Area. Prismatic was the world's best personalized newsfeed. We build a world class research, systems, and product team and spent four years building a state of the art personalized ranker, scalable document classification system, crawler and content NLP pipeline, and social graph ranker, among the many other pieces required to make Prismatic work. We wrote a lot of great Clojure code, much of which is open source (see attached github link).Acquired by linkedin December 2015. Founder CTO at Flightcaster from April 2009 to April 2012 (3 years 1 month) in San Francisco. Machine learning for predicting the real time state of the global air traffic network using FAA, carrier, and weather data. YC S09.Among the first startups written in Clojure. See attached links from datawrangling and the clojure users group for more.Acquired by Nextjump in 2012. Engineer at ThoughtWorks from April 2007 to July 2009 (2 years 4 months). Special forces engineer on Google's Mercenary team.While at ThoughtWorks, I worked almost exclusively on at Google on C++ infrastructure, especially Borg (distributed systems kernel, similar to Apache Mesos). I joined ThoughtWorks because I'd hired them to help me clean up and deliver the simulation engine I created at O'Higgins Asset Management, and they were the best engineers I'd ever seen.ThoughtWorks were pioneers of agile, refactoring, testing, and a lot of modern software engineering practices. I wanted to learn how to design clean code that works and projects that can scale without falling apart. Little did I know that I'd stumbled into an even more fortuitous set of circumstances. Working on C++ infrastructure at Google with the mercenaries team was an opportunity to learn from the best in the world; distributed systems from Google and agile engineering from ThoughtWorks.I recommend reading Mike Bland's post above to learn more about the secret history of the mercenaries and how we helped to change google's engineering culture from a land of many hacks to a land of sustainable engineering. Researcher at O'Higgins Asset Management from September 2002 to March 2006 (3 years 7 months). Worked with Michael O’Higgins on new global value strategy using systematic asset allocation among countries in a similar vain to ‘Beating the Dow’ and ‘Beating the Dow with Bonds.’Built short term sector momentum strategy applying machine learning to detect and trade favorable baskets of stocks within favorable sectors. Built trading strategy development and simulation platform with SmartQuant, which was acquired by QuantHouse in 2007.Ran research pipeline for future value, momentum, and macro machine learning strategies. Also explored event-driven and special situation strategies.O'Higgins was a great opportunity for me to take on a lot of responsibility as a 22 year old. Mike

Bradford Cross has a long track record of successfully building and running62 startups, acquiring and selling 27 of them, and was recently Founder CEO at Prismatic (1 year 9 months).In his most recent role, Bradford Cross was a Founder CEO at NextJump in2012, and an Engineer at ThoughtWorks from April 2007 to July 2009 (2 years 4 months).In addition to his startup experience, Bradford Cross has been highly experienced with building and running risk screening engines, customized C++ risk topics models, and Founding Partner at Data Collective from September 2011 to April 2020 (8 years 8 months).Overall, Bradford Cross has an extremely compelling history of success in building efficient, battle- hardened risk screening engines, and is a highly motivational leader and developer.

There's 74% chance that Bradford Cross is seeking for new opportunities

Co-founder / CFO at Homie.com at Homie

Cardiologist. Educator. Mentor. Researcher. Yoga student. No one is a number. Anyone who connects, I respect as a person and as a professional colleague, if not as a co-learner in kindred spirit🙏

Contract Tech Recruiter at ACL and SHOES.com at Dialpad