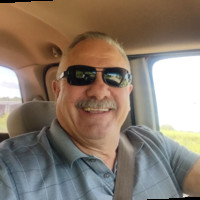 Not the Brad Holt you were
looking for?

Based on our findings, Brad Holt is ...

Based on our findings, Brad Holt is ...

What company does Brad Holt work for?

What is Brad Holt's role at American Railcar Industries?

What is Brad Holt's Phone Number?

What industry does Brad Holt work in?

: Brad Holt has been a Levels I driving instructor since 1978. He has worked as a driving instructor for the last 36 years.: Holt is also a retired firefighter from the City of Chicago.: Holt has a B.S. in Business Administration from the University of Illinois at Urbana-Champaign.: Holt has over 27 years of experience in the Transportation Industry.: Holt's companies have employed over 350 people.

Brad Holt has experience working in a number of different areas of the transportation industry. He has worked as a Tractor Operator, Supervisor of a crew of workers, and Carman/Swithman/Brakeman.Brad Holt has a degree from Northeastern University in Transportation Studies and a Masters degree from the University of Illinois at Urbana-Champaign in Specialty Engineering.From March 1979 to December 1984, he worked as an Administrative General Foreman/Quality Assurance Supervisor at American Railcar Industries. He then became a Real Estate Salesperson at Reese Nichols North Star from February 1985 to December 1986. From January 1987 to December 1988, he was a Carman/Swithman/Brakeman at Chicago Northwestern Railroad.He has worked in a number of different industries and has developed various skills in the process. He has the ability to work effectively with others and the talent to learn rapidly. He is a trustworthy individual who is a strong borrower and a team player.

Ranked #53 out of 1,060 for Administrative General Foreman/Quality Assurance Supervisor in Kansas

There's 92% chance that Brad Holt is seeking for new opportunities

Director and Head, US Aerospace and Defense Major Market Unit at TCS at Tata Consultancy Services