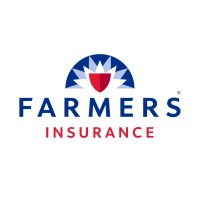 Not the Bill Brooks you were
looking for?

Based on our findings, Bill Brooks is ...

Based on our findings, Bill Brooks is ...

What company does Bill Brooks work for?

What is Bill Brooks's role at Farmers Insurance?

What is Bill Brooks's Phone Number?

What industry does Bill Brooks work in?

Bill Brooks has a degree in business management from Indiana State University. He also has a degree in accounting and communications from Terre Haute North, which he received in October 1983. Bill Brooks has worked with various organizations since he graduated from Indiana State University, and has held a variety of positions within them. Most recently, he has been a manager in the accounting and communications field.

Bill Brooks has a degree in Business Administration from the University of North Carolina at Chapel Hill. He has worked in the advertising and marketing industry since he came out of college, and before that he worked as an insurance agent. In his last five years of work, Bill Brooks has been a senior account representative at WTHI-TV in Chapel Hill, NC, where he was responsible for sales and account management of local television stations. In that position, he was responsible for working with sales and marketing teams at local television stations to sales and market the stations to potential advertisers. He also worked as an insurance agent for Farmers Insurance from February 2020 to February 2021. He has also worked as a account representative at WTWO Television from January 1995 to January 1999.

There's 88% chance that Bill Brooks is seeking for new opportunities

Doctor of Education Candidate - Ed.D. Leadership and Innovation at Credly