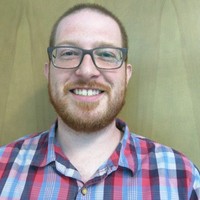 There's 86% chance that Benjamin Nelson is seeking for new opportunities

Not the Benjamin Nelson you were
looking for?

Based on our findings, Benjamin Nelson is ...

Based on our findings, Benjamin Nelson is ...

What company does Benjamin Nelson work for?

What is Benjamin Nelson's role at DreamBox Learning?

What is Benjamin Nelson's Phone Number?

What industry does Benjamin Nelson work in?

Benjamin Nelson's most recent job experience was as a Senior Software Development Engineer at PerkinElmer, Inc. from January 2014 to August 2016 (2 years 8 months). He worked on a development team for the GeneSifter Analysis Edition, Genoglyphix, and Oncoglyphix web applications. He analyzed genomic data for custom projects outside the scope of GeneSifter Analysis Edition. He also helped desk bioinformatics assistants at University of Nebraska at Omaha from August 2009 to December 2011 (2 years 5 months). In his previous job experience, he was a Bioinformatics Programmer at University of Washington from January 2012 to January 2014 (2 years 1 month). He also worked on miscellaneous projects for faculty and students that need programs written for bioinformatics.

Benjamin Nelson has 4 years of experience in theDevOps Engineer role at DreamBox Learning. He has experience in the automation of infrastructure provisioning using scripts and programs, in the migration of services from a physical hosting service to the cloud, and in the development of pipelines for large next-generation sequencing data sets. In his work at University of Washington, he also developed scripts and programs to identify structural variant within paired-end next generation sequencing data. In his work as START worker at Nebraska Wesleyan University, he also helped students with computer functions and prepared multimedia classrooms for lectures.

Developer Relations at Bitski at Bitski

Leading innovative IT teams to transform customer experiences, improve our restaurants and move the enterprise forward

Product Manager at Fitbit at Fitbit