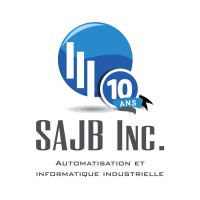 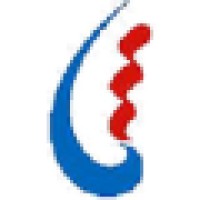 Not the Ayman Moussa you were
looking for?

What company does Ayman Moussa work for?

What is Ayman Moussa's Phone Number?

What industry does Ayman Moussa work in?

Ayman Moussa's education and experience:He has a bachelor's degree in Electrical engineering from the University of Tunis.He has experience in companies such as Addixo, SAJB INC, SAINT-GILBERT, Société Tunisienne de l'Electricité et du Gaz, and Mussa TV.At SAJB INC, he works as an automaticien and became a journeyman in 2020. He then became a Technicien installateur before becoming a mission level professional in SAJB INC's MARQUARDT Tunis plant in 2018. From January through June in 2017, he was a shift lead for the automation department at Addixo. In 2016, he was a process engineer at STEG.

Ayman Moussa has many years of experience in the industrial and entertainment industry. He began his career as an automatician at ADDIXO, where he worked for eight years. Afterward, he worked as a technical analyst at SAJB INC. for two years, before transferring to MARQUARDT Tunis to work as a mission manager for the agricultural ministry. There, he studied hydraulics and fisheries, and I worked on developing a project to create a TV antenna system for the ministry. In the meantime, he also enrolled in a graduate course at Société Tunisienne de l'Electricité et du Gaz (STEG), where he received his diploma in electrical engineering. In January 2016, he joined the team at SAJB INC. as a technicieninstallateur. Initially, he worked on electrical installations and plans, as well as on Câblage, Maintenance et Réparation. He also worked on IT projects and drawings, and on Schémas électriques, électrique industriels, and énergie renouvelable. In April 2019, he transferred to ADDIXO, where he currently works as a technicalian supérieur génie électrique.Ayman Moussa is a highly developed, technical, and interpersonal individual. He is highly experienced in communication, transmission, electricity, appareilage électrique, industrial integretor, safety, and seismic engineering. In addition, he has a background in design assistance by computer (CAD), Norme NF C18-510, and instrumentation. Moussa is also skilled in design and construction, and has experience in setting up and installing electrical systems. Moussa is highly experienced in basse tension, variator de vitesse électrique, and installation électrique.

There's 93% chance that Ayman Moussa is seeking for new opportunities

Vice President of Dermatology at Digital Diagnostics at 3Derm Systems

Chief Executive Officer and Co-Founder at Dynamo, LLC. at Dynamo - an Inc 5000 company