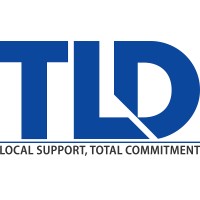 Not the Axel H. you were
looking for?

What company does Axel H. work for?

What is Axel H.'s role at Dyjix Hébergement?

What is Axel H.'s Phone Number?

What industry does Axel H. work in?

Axel H has been working in the area of Telecommunications for over ten years, and has experience in both IPv4 and IPv6. From his current position as Vice-Président - Directeur technique at Dyjix Hébergement, Axel oversees the company's administration of IPv4 and IPv6 resources. In this role, Axel plays a crucial role in developing Dyjix's ever-expanding stewardship of the company's IPv4 and IPv6 infrastructure, both through day-to-day operation and planned expansions.Prior to his current position at Dyjix, Axel worked as a Demonstrator at GBH Hébergement and as an Apprentice Informatician at TLD. During his time at TLD, Axel developed and tested the company's new portal design and hosted live meetings for all of its stakeholders. He also played an important role in the development of the company's brand and website strategy.Axel H is a highly experienced individual with a number of years of experience in web development andadministration. He is currently a Vice-Président - Directeur technique at Dyjix Hébergement, where he plays a critical role in all aspects of IPv4 and IPv6 management.Axel H is a highly accomplished individual who has played a profoundly important role in the development and management of Dyjix's IPv4 and IPv6 resources. He is a skilled gestionnaire de projet, a capable Programmateur web et un bon administrateur réseaux. Axel H est aussi qualifié pour diriger et gérer des projets de conception et de développement de Sites web et de conférences électroniques.

Axel H has a Bachelor of Science in engineering from ETH Zurich, where he also studied informatics and computer science. After receiving his Bachelor of Science in engineering, Axel H worked as a software engineer with a major telco in the Swiss market. From there, he moved on to work as a software engineer at one of the leading telco companies in the world.Axel H has also worked as a technical consultant for a number of companies, both in the Swiss and global markets. In his work as a technical consultant, Axel H has developed and applied esoteric software development technologies and methodologies.Axel H has a strong international network of co-workers and is an expert in the use ofbash and other software development methodologies.

There's 95% chance that Axel H. is seeking for new opportunities

Scouting and Development at IMG Models

"If you need a machine and don’t buy it, you will ultimately find that you have paid for it and don’t have it." -Henry Ford at PAC Machinery

President at Society for Clinical Research Sites at Synexus US

Sales Director at partners.kiwi.com at Skyscanner

IT and Sales Recruiter at AdvancedRecruitingSolutions

Technical Recruiter at Brooksource at WilsonHCG

Founder & CEO of Cvent at Cvent

I Help Build the Best Companies from Scratch, Starting with their People