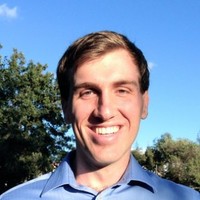 Not the Arthur Brant you were
looking for?

Based on our findings, Arthur Brant is ...

Based on our findings, Arthur Brant is ...

What company does Arthur Brant work for?

What is Arthur Brant's Phone Number?

What industry does Arthur Brant work in?

Dr. Arthur Brant is an MD candidate at Stanford University School of Medicine and has been studying computer science for the past five years. Dr. Brant is interested in developing regenerative therapies and is excited about his opportunities to combine his knowledge with other disciplines and explore CRISPR as a key tool in regenerative medicine. He has also been involved in research with the software company PathwayZen and is currently an employee at the company.

Arthur Brant is currently a Software Engineer at Verily (formerly Google[x] Life Sciences in Mountain View. Life Sciences. Resident Assistant, Castano at Stanford University from September 2013 to June 2015 (1 year 10 months) in Stanford, CA.Organized educational and social events with 7 fellow staff members to build a strong dorm community. Advised my 113 residents in their academic pursuits, and provided emotional counseling.Resolved conflicts on diversity, racism, gender, identity, alcohol and drug usage, academics, etc. CS106A,B,X Section Leader at Stanford University from January 2013 to December 2013 (1 year) in Stanford, CA.Taught over 30 students over the course of 3 quarters during the school year in Stanford’s introductory Computer Science classes.Taught weekly sections, graded their assignments and exams, and met with each student 1:1 to give feedback on functionality and style of their code and their overall performance in class.Tutored students and debugged their code for assignments weekly in the Stanford Computer Cluster.Software Engineer Intern at HealthTap from June 2014 to August 2014 (3 months) in Palo Alto, CA.Worked on a simulation tool modeling large 100+ customers and experts having ‘live consults’ to verify that the backend scheduling logic was scalable: Customer and expert simulation processes made the same API calls that each platform made; Debugged backend Rails code to get the scheduling to a stable state;Built an internal Dashboard displaying real time data: Wrote several backend Rails scripts to send data to frontend; Tool was used by the entire company: engineering, product, and customer service;Built an engagement notification system using Redis;.

There's 94% chance that Arthur Brant is seeking for new opportunities

Retired at Home at Not Applicaple

Head of Third Party Risk Management at Intuit at Intuit

Head of Ecommerce at Trustly

Working at the intersection of analytics, engineering, and product at CrowdTwist, Inc.