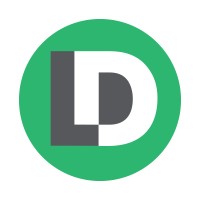 Not the Artem Morozov you were
looking for?

Based on our findings, Artem Morozov is ...

Based on our findings, Artem Morozov is ...

What company does Artem Morozov work for?

What is Artem Morozov's role at LeanData, Inc.?

What is Artem Morozov's Phone Number?

What industry does Artem Morozov work in?

Artem Morozov has experience in the field of software quality assurance. As a Software QA Automation Engineer at LeanData, Inc., he is responsible for ensuring software products are of high quality. In this role, he works with our clients to ensure their software products are defect-free. Additionally, he was also a Software Quality Assurance Specialist at Waymo from July 2018 to July 2020 in Mountain View, CA. There, he was responsible for the software automation ofughts and the efficient management of software testing infrastructure. In this effort, he helped to improve the quality of Waymo's vehicles by helping to automate software testing processes. Morozov is also a software developer, and has experience in both open-source and proprietary software.

Ranked #1,293 out of 25,860 for Software QA Automation Engineer in California

There's 91% chance that Artem Morozov is seeking for new opportunities

Tech Recruiter at Google at Google

Software Development Manager at Tealeaf, an IBM company at IBM

Construction Professional at The Related Group

Assurance Manager at PwC at PwC

Invite Mike to connect at MercyOne