founder and Precident of Genie butler. at Genie Butler

founder and Precident of Genie butler. 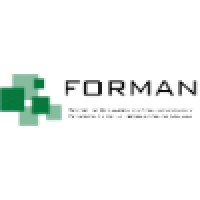 Not the Anwar Beisa you were
looking for?

Based on our findings, Anwar Beisa is ...

Based on our findings, Anwar Beisa is ...

What company does Anwar Beisa work for?

What is Anwar Beisa's role at Beisa's Legacy Construction LLC?

What is Anwar Beisa's Phone Number?

What industry does Anwar Beisa work in?

Based on Anwar Beisa's education and accomplishments, one could tell that he has a strong background in business administration and management. His M.B.A. from Portland State University came after he had graduated from a school of business. This enables him to have a strong foundation for his work in the business world.He has also been working for the past few years in the business world, most notably with his previous employer, Portland State University. There, he was a School of Business student from October 2022 to October 2022. As a recent graduate of Portland State University, Anwar Beisa is excited to begin his professional career as an investment banker.

Anwar Beisa's professional experience includes most notably being the founder and Precident of Genie butler. Genie Butler is an online construction platform that connects builders and contractors. Anwar Beisa is currently the CEO of Beisa's Legacy Construction LLC, owning a- minority stake in the company. He is also the CEO of GEF cleaning, GEF's largest construction subsidiary. He was also the CEO of Maury's dry cleaning from May 2001 to December 2017. He most notably worked at Forman, a construction company located in May 2001 to June 2005. Additionally, he also worked as the founder and Precident of Genie butler. At Genie Butler, he was responsible for building the company's initial customer base and creating one of the most popular construction platforms on the internet.

There's 70% chance that Anwar Beisa is seeking for new opportunities

Director Of Revenue Cycle Management at Groups Recover Together

Founder at Axalio | Building a world where everyone can create wealth. Currently raising seed rounds at Axalio