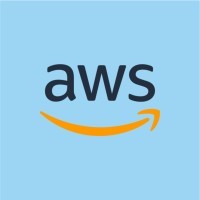 Not the Anthony Virtuoso you were
looking for?

Based on our findings, Anthony Virtuoso is ...

Based on our findings, Anthony Virtuoso is ...

What company does Anthony Virtuoso work for?

What is Anthony Virtuoso's role at Amazon Web Services (AWS)?

What is Anthony Virtuoso's Phone Number?

What industry does Anthony Virtuoso work in?

Ranked #558 out of 11,168 for Senior Principal Software Engineer in New York

There's 94% chance that Anthony Virtuoso is seeking for new opportunities

Head of Product at Nutmeg at Nutmeg

Software Engineering Manager at zulily -- I am hiring software developers!! at zulily

Senior Analyst at IAG at IAG

General Practitioner, Educator at The University of Melbourne

Senior Manager at KPMG at KPMG